The spiritual epitome of the Shiva celebration is highly admired and celebrated in Nepal. Shiva's abode, Pashupatinath, is the prism that attracts the holy spirits and repels the sins of mankind. 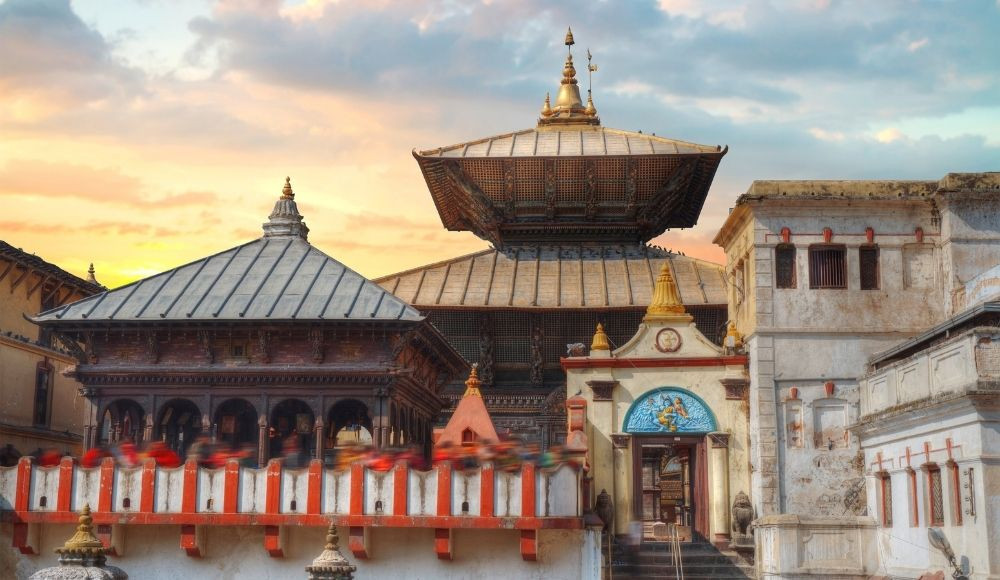 Maha Shivaratri festival in Nepal is a popular Shiva festival that resembles the night that is dedicated and venerated to Shiva. The basic idea of Shiva Ratri highly corresponds to the prior night which embarks the beginning of the Spring season. This Shiva celebration is celebrated on the 14th day of the dark fortnight of Magh according to the Nepali calendar.

The celebration marks the convergence of Shiva and Shakti, collectively Shivashakti. The cosmic dance is also performed as it is believed to be the night in which Shiva performed Tandav. The Vedic tradition of celebrating Shiva Ratri began centuries before though the exact pitch of the celebration is not found. That’s why the Hindu culture is known to be Sanatan. Sanatan, that has no beginning and end. The Shivaratri festival in Nepal is very astonishing as the culture and the wonderful surrounding along the mindblowing spiritual ambience makes it a perfect celebration.

The spiritual epitome of the Shiva celebration is highly admired and celebrated in Nepal. On this day, people from the Indian subcontinent gather around the Pashupatinath temple. The centre of Hindu beliefs and the essence of cultural vibes in the temple is truly astonishing.

The Shaivik vibes in the temples are the best part that this Shiva night offers. The eastern philosophies of festival celebration are very interesting. Most of the celebration is the outcome of the ancient eastern civilization and religious epics. However, the best part is it has the best ambience that no other night has to offer.

The purpose of human existence is centred on Hindu festivals. Shivaratri Festival in Nepal is one of the best festivals that has some scientific reasons behind and the amazing fun amongst youngsters make this festival even more lively.

It is said that on the night of Shivaratri, the earth’s north pole remains in such a way that it depicts some incredible energy to the organisms on the planet. The spiritual awakening and the power of the Shivaratri is venerated by the religious saints, religious people and Hindu followers.

During the celebration, the shiva temples and holy rivers get a stream of a lot of Hindu followers. It is a night of cosmic dance, spiritual energy and the most vibrant Shiva Celebration itself.

Shivaratri is a Hindu celebration that is not only celebrated in Nepal and India but in the entire Indian subcontinent, specifically by the Hindu followers. But the fascinating part is now the foreigners’ are also seen celebrating the Shiva Ratri. The spiritual epicentre is considered to be the East Asian region that has some Hindu epics and historical happenings, making it a holy land. The religious texts describe the significance and merits of the Shivaratri festival celebration. Some foreigners can be seen around the Pashupatinath temple for the celebration of the Shivaratri festival in Nepal.

Some legends state that the Shivaratri is a celebration of the Shiva’s greatest contribution to mankind. According to some epics, Shivaratri is the day when Shiva saved the world by drinking the pot of poison that was immersed in the ocean during Samundra Manthan. During the consumption of poison, Lord Shiva’s throat turned blue for which he is also known as Neelkanth.

Shivaratri Festival in Nepal is popular with this belief. Most people believe that the Shivaratri is the day when lord shive did a favour to humankind by drinking the poison of Samundra Manthan to save the world.

Another legend says that once Lord Brahma and Vishnu got into a major argument about the supremacy and potential over each other. Lord Shiva then punished them by taking the form of massive rigorous fire spreading across the diameter of the universe. Then Lord Brahma and Vishnu with their expertise and skills got into the race to find the end of the fire. Brahma then resorted to a lie and the angry shiva cursed that no one ever could pray to him.

The Tantrik beliefs state Shivaratri as the spiritual awakening of Adiyogi in the materialistic world. At the consciousness of Adiyogi, no objective experience can take place and the mind is into the mount-the High. It is also the brightest night of the soul when the Yogi attains the state of liberation and nirvana from the material environed world. Nirvana is the stage succeeding illumination and Samadhi. Many Sadhus and Saints visit the Pashupatinath temple to attain liberation during the Shivaratri festival in Nepal.

Marijuana and Shivaratri: Is Marijuana Legal in Nepal?

A lot of Aghori Sadhus and Saints gather around the Shiva temples on the day of Shivaratri and spend time smoking weed immersing themselves in the celebration of Shiva night. The praying and lounging during Shivaratri can be seen in the Shiva temples all around the world. Some of the major temples embark a lot of Hindu followers, dreadlocked saints and babas with their penchant for pot in the hand and a lot of hashes.

Shivaratri festival in Nepal is vibrant and wonderful. You can see a lot of sadhu babas smoking marijuana in the Pashupatinath premises. You may opt, and get caught, be aware!

Pashupatinath is one of the holiest Shiva temples, situated in Kathmandu, Nepal. On the day of Shivaratri, the Pashupatinath temple observes a large number of devotees in its premises. The roads and spaces around the temple kept blocked because of the masses in the temple. Thousands of Hindu followers from India come to Nepal to visit the Pashupatinath temple for Shiva Ratri. The babas can be seen smearing their body with ashes and offering their prayers to the chill deity Lord Shiva.

The babas and sadhus can be seen smoking marijuana, getting naked on the banks of the Bagmati river. The Naga Babas (Aghori Sadhus) are also seen in the Pashupati areas. A fun belief is that the winter gets its solstice after the arrival of naga baba in Pashupatinath in Shivaratri. And gradually the spring begins.

The Pashupatinath temple and Shivaratri has a very close connection with the celebration. In the premises of Pashupatinath temple, there lies the temple of Parvati, known as Guhyeswari. It is one of the major Shakipeethas that observes a lot of Hindu followers from all over the world.

The Shivaratri celebration in the Pashupatinath temple is a yearly event for which the Pashupatinath trust itself is active to manage the visitors in the temple. People stay all over the night to celebrate Shiva Ratri. Some perform Tandav dance, sing some religious melodies and enjoy the night.

The youngsters are also the major participants of Shivaratri and the craze of the celebration is hype among the youngsters in Nepal.

It is believed that fasting on the day of Shivaratri is fruitful for the family. Especially women take fasting during Shivaratri, married women for the long life of their conjugal partner and unmarried ladies to get a loving and loyal husband like Shiva. Many women stay in the queue for Pashupatinath darshan all day.

The Shivaratri festival and Nepal Army Day corresponds to the same day. The ceremony at the army Pavillion in Tundikhel is very wonderful. Nepal Army showcases its skillset and celebrates the day with huge importance. The day reaffirms the devotion to the people of Nepal and the nation, reflecting its unity and professionalism. Many people gather around the Tundikhel area to see a special event. Also, some television channels Livestream the show.

Nepal army is a pioneering backbone of the security system of Nepal. The high dignitaries of the governmental bodies including President, Vice president, Prime minister, speaker of representative, chairman of National assembly, ministers and defence ministers, secretaries, ambassadors of various embassies in Kathmandu, former COASs, former general officers and general officers including journalists and other personalities attend the program.

Shivaratri Festival in Nepal is a highly venerated festival. The government of Nepal announces a public holiday on the auspicious occasion of Shivaratri.