Pumdikot, Pokhara - Just 13 KM away from the city 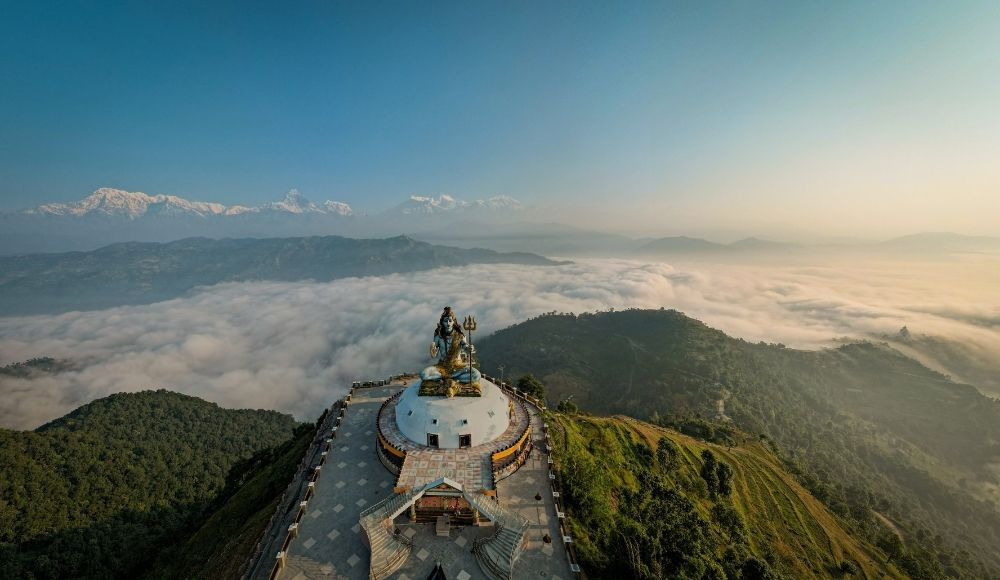 Pumdikot view tower in Pokhara is one of the most incredible vantage points situated in Nepal. Known for its 3 tiered Shiva Statue and the picturesque views of Annapurna Himalayan Range, Machhapuchre, Dhaulagiri, Manaslu and many other neighbouring mountains, Pumdikot is attracting people in its periphery though the theme park hasn’t been completed yet.

The Pumdikot is an emerging destination around Pokhara that features a shiva statue, natural settlement, lake view, valley view, mountains and peaceful scenery. The Shiva idol in the Phumdibhumdi village is about 108 ft tall, but the actual Shiva’s sitting statue is 51 ft tall.

The theme park of Pumdikot is being built on 22 Ropanis of land. The total area includes 108 Shiva Lingas, 108 stairs to reach the idol, 18 shutter rooms, ticket counters, premises area and viewpoints. A plan to construct Martyr’s memorial park, model of mount Sumeru featuring Shiva and Parvati is also on the pipeline. The Pumdikot area is designed to be accessible for differently-abled people as well.

Pumdikot is today’s one of the most desirable viewpoints around the Pokhara valley. The statue and the overall surrounding of Pumdikot are very astonishing and lie in a very peaceful settlement. Phumdibhumdi village lies just above the world peace pagoda at an elevation of 1500 m above sea level. This area was not much explored until the statue of lord shiva was erected at the hilltop in Phumdikot. Now, Phumdikot observes a lot of visitors every day.

The major attractions of Pumdikot are the mindblowing scenery in the backdrop that features the panoramic Himalayan views, lake and valley views, perfect sunrise and sunset from the top, the best form of cloud gazing and spiritual ambience.

The theme park of Phumdikot is a 5 years long project of which 50% of the work is completed. The future project of the theme park includes Sumeru Parbat, Greenery Park, Senior Citizens Meeting Point, Water Fountain and a Multipurpose Hall. The Shiva Damaru of Pumdikot is considered to be the biggest in Asia and the whole area attracts a lot of visitors.

The statue of Lord Shiva in Pumdikot is said to be the largest Shiva statue of Nepal. It was built in the Mathura of India and later brought to Nepal and installed in the hill station of Pumdi Bhumdi village. The Phumdikot hill is emerging as a popular religious tourism destination in the Pokhara valley of Nepal.

The Shiva statue features 108 Shiva Lingas, Diyas, and incredibly placed shrines. The 51 ft. statue is the major attraction of this place, while other artefacts and the natural sceneries are the mindblowing addition to the experience. 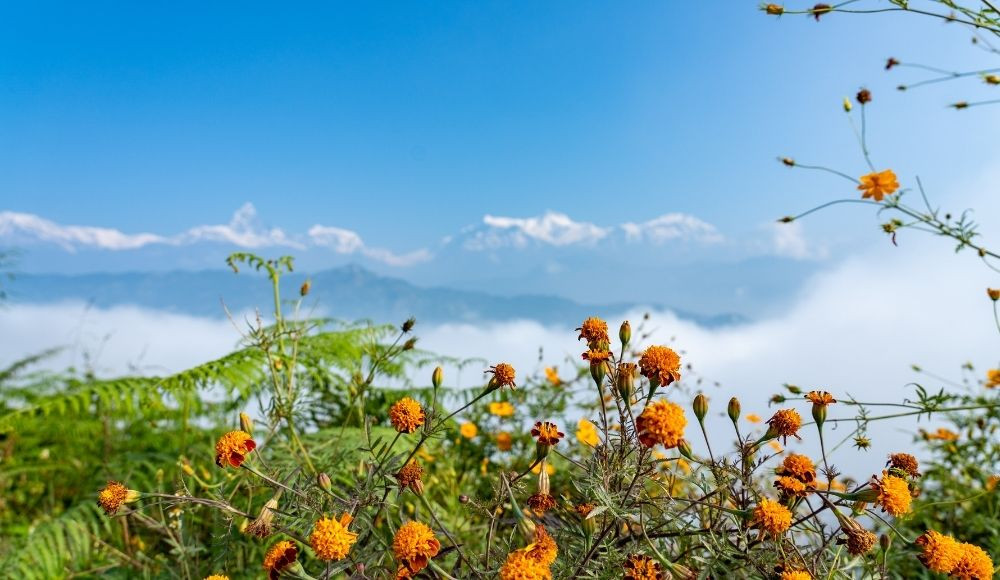 Pumdikot is 13 Km away from the lakeside, Pokhara. This place is accessible both by biking and hiking. The road to Pumdikot hill is gravelled and may not suit a smooth drive but riding a bike to this hill is an adventure in itself. It takes about 20-30 min from Pokhara to reach Pumdikot on a bike.

Taking a route of hiking is also an amazing option to explore this Shiva statue. Hiking through the world peace pagoda and getting to the Pumdikot hill offers a wide range of experiences in the lush beauty of green hills and mountain vistas.

Related Article: Things to do in Pokhara