A unique touch of adventure while exploring the mountainous beauty, lakes and astounding Himalayan views is possibly the best adventure one can get in Nepal. 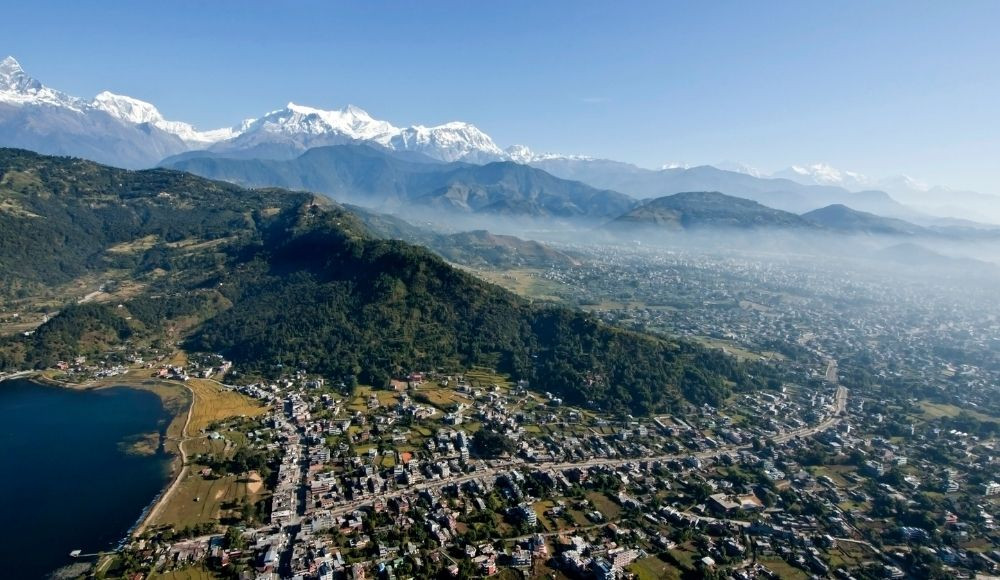 Nepal has always been a prominent destination for adventure lovers. The diverse spectrums of the adventurous activities in Nepal make it an adventure hub. Hot Air Balloon in Nepal is a new adventure. The hot air balloon in Pokhara is a commercial sport in the amazing settlement of Pokhara valley.

A unique touch of adventure while exploring the mountainous beauty, lakes and astounding Himalayan views is possibly the best adventure one can get in Nepal.

Hot Air balloon in Pokhara of Nepal is gaining popularity as it facilitates the exploration of the amazing Himalayan views. The fascinating part is you can have the best views of Annapurna Himalayan Range, Machhapuchre, Dhaulagiri, Lamjung, Manaslu, Mardi etc. can be seen.

Hot Air Balloon is a popular way of getting into the sky, using lighter gas than the air. It is a small aircraft that consists of a bag containing the heated air to lift above the ground. Since the hot air is lighter than the surrounding air, it is used in the Hot Balloon.

As the name suggests, the hot air balloon helps to lift the aircraft up in the sky. It will let you explore the beauty around you while provoking the finest adventure.

The beneath part of the Hot Air Balloon is a gondola, which is also known as a wicker basket. It is a small capsule that accommodates people to sit. Further, with the help of hot air, it starts to move to the upper parts. The liquid propane is burnt to make the air hot.

The heated air inside the airbag helps in the upthrusting process, aiming to fly the aircraft. It flys in the atmosphere as it has a lower density than the surrounding air.

Hot Air Balloon is also considered as the first successful human-carrying flight technology. A hot air balloon is a flight that is usually made by using ripstop nylon or dacron. It consists of a single-layered fabric gas bag. It is also known as an envelope in the technical term, with an opening at the bottom.

The heater or burner is generally fueled by some gases such as propane. Propane is also a liquified gas that is pressurized in a cylinder and used in need.

Related Article:  Things to do in Nepal

Hot Air Ballooning in Nepal is not new. It was started in 1991 after two foreigners Chris Dewhirst and the team did an expedition to fly over Mount Everest. But later, it was commercially started in Kathmandu valley. Due to some technical difficulties and other various reasons, it was stopped.

In Pokhara, it was started on 17th November 2018 and gaining a lot of popularity among thrill-seekers. The new and latest adventure sport in Pokhara lures a lot of visitors. The amazing sceneries and the astounding Himalayan views are the best part of visiting Pokhara. And the Hot Air balloon in Pokhara is an added beauty in itself.

The best ultimate goal of flying in the sky while surfing in the astounding atmosphere is probably one of the best experiences in Nepal. The spectacular beauty of the mountains and Himalayas are the best part.

The pilots of Hot Air balloons are well equipped and trained to fly the hot air balloon in Nepal. Safe flight is a major concern in any aircraft.

The Hot Air Balloon flight in Pokhara is of 30 minutes and 40 to 60 minutes, depending upon the choice of visitors. The Eagle eye hot air balloon, which is 30 minutes ballooning lets you explore the beauty of Pokhara city while enjoying the mind-blowing views of Mount Fishtail, Mount Dhaulagiri, Mount Annapurna, Mount Hiunchuli, Mount Lamjung Himal and Phewa Lake.

This flight will take you to the thousand feet high above the ground of Pokhara valley. This fascinating trip is the best short and sweet adventure in town.

The hot air balloon in Pokhara starts from Dhampus or Lauruk and finish on the banks of the Mardi River. If you are in a small group, you can ask the operator for the prominent location of your choice and viability.

However, for the safety concern, the location of the Hot air ballooning in Pokhara is generally administered by the operating company. The beauty of the city, encompassing the amazing lakes, caves and astounding Himalayan views is amazing from the Hot Air balloon.

The magical voyage flight, that is of 40-60 minutes flight, lets you explore the wonderful surrounding of the valley in Pokhara. The spectacular Himalayan views of mountains Mount Annapurna range, Mount Fishtail, Mount Dhaulagiri, Mount Hiunchuli, Mount Lamjung Himal etc. Hot Air Balloon is the best way to explore the beauty and surrounding that Pokhara has to offer.

Related Article: Things to do in Pokhara