Explore the unexplored and most challenging trail of Nepal

The Makalu Base Camp is located in the Mahalangur Himalayas 19 km (12mi) southwest of Mt. Everest (8,849m) on the border of Nepal and Tibet Autonomous Region, China. One of the eight-thousanders, Makalu is an isolated peak whose shape is a four-sided pyramid. Makalu is one of the most difficult eight-thousanders and is considered one of the most difficult mountains in the world to climb. The mountain is notorious for its steep pitches and knife-edge ridges.

Makalu Barun Valley is a glacier valley situated at the base of Makalu situated in the Sankhuwasabha district of Nepal (8,463 m). This valley entirely lies inside the Makalu Barun National  Park. Makalu Barun National Park provides stunning contrasts, where high waterfalls cascade into a deep gorge, rough rocks rise from the lush green forest and colourful wildflowers bloom beneath white snow peaks.

The unique landscape is a sanctuary to some of the last pristine mountain ecosystems in the world. Rare species of animals (Red Panda, Himalayan Black Bear and Snow Leopard) and vegetation can be found here. It's known for its unspoiled nature as it is situated in one of the rural areas of  Nepal and not many people can travel there due to its remote trail.

Accomodation As per the itinerary

Highlights of Makalu Base Camp Trek

Makalu Base Camp Trekking takes about two weeks. The fifth highest mountain in the world, Mount Makalu lies at an elevation of 8463 m. It is situated in the Makalu Barun National Park, which covers an area of 2330 sq. km extending around the Solukhumbu and Sankhuwasabha districts of Nepal. And, the panorama of the highest mountain in the world such as Mount Everest, Mount Lhotse, Mount Chamlang, Makalu and other mountains greets you. Makalu base camp trek can be fairly challenging in some parts depending upon your level of physical fitness. The outstanding scenery of Makalu Base Camp Trek’s route significantly provides unique cultural heritage and incredible views of mountain peaks. From Makalu Base Camp there are spectacular views of the rarely seen Kangshung face of Everest, as well as Lhotse, Chamlang, and Kanchenjunga in the far east.

Gurung, Rai, Sherpa, and Shingsawa (Bhotia) are the main habitats in this area. The trails follow the beautiful Barun river valley in the Makalu Barun National Park, crossing Shiptons Pass before arriving at Makalu Base Camp, from here views of the south face of Makalu, as well as Everest and Lhotse, are amazing. Also, you will have an unbelievable view of mountains, glacier lake and Hungu valley.

The Makalu Barun National Park is home to 3,000 species of flowering plants, 440 species of birds, 800 species of butterflies, and 75 species of mammals including the snow leopard (Heung Chituwa), red panda (Habre), musk deer ( Kasturi Mirga), wild boar, wild yak (Ban Chauri) and the Himalayan Thar. With the possibility of spotting wildlife at lower altitudes, green pastures and fields, villages, and forests, combined with snow-capped mountains, glaciers and rocky trails, this is also ideal photography territory deeper into the mountains, past the Barun River Valley, you will pass steep granite cliffs, glaciers, and spectacular waterfalls. At the higher elevations live the Sherpa people, an ethnically Tibetan group who predominantly reside near Everest.

March-May and September-November are the best times for Makalu Base Camp trek, as the weather is likely to be the finest and the temperatures good (particularly at low and mid-elevations). It is possible to do this trek in the winter months, but the cold temperatures might be a drawback, especially as the lodges in this region aren’t especially well equipped.

Your arrival time (?) Our office representative will meet you and greet you at Kathmandu airport and transport you to your hotel in Kathmandu.

At 06:00 PM: Today in the evening we will meet for a coffee talk at the hotel and will brief you in detail about your onward trek program.

At 09:00 AM: Have your breakfast and be ready for today's guided Kathmandu cultural sightseeing. You will be exploring some of the UNESCO listed world heritage sites of Nepal, located within Kathmandu valley.

At. 11:30 PM: Visit the Boudhanath stupa, you can have your lunch around the Boudhanath, there are several local and continental restaurants and cafes within the Boudhanath square to have lunch and see the stupa view from the rooftop.

At. 06:00 PM: You will be dropped back to your hotel, you can do some trek related shopping during or after the sightseeing at nearby market.

Fly to Tumlingtar and drive to Num Village

At 07:00 AM: After breakfast, you will fly to Tumlingtar from Kathmandu. During the flight you may witness snow-capped peaks ranging from Ganesh Himal to Mt. Everest, Makalu, and Mt. Kanchenjunga. After reaching in Tumlingtar your drive journey begins towards Num village passing through Khandbari and Hururu. We begin the trek with a steep climb from Dobato to Mumbuk also known as (Nambuk) and cross the Keke La, Tutu La (Shipton's Pass) and Kauma La en route, then we descend to Khongma Danda.

At 07:00 AM: A steep descent through forests and terraced farms takes us to Barun River. You will cross the river and follow an equally steep ascent up the other side again. Often quite hot - the forest in the valleys offer a bit of shade. This is where Makalu Barun national park begins. Moving along the rocky path and tiny terraced fields of corn and barley, you can make a long, steep, rough climb to Seduwa. The trek follow through a dense forests of juniper and rhododendron passing a few villages.

At 07:00 AM: You will cross meadows and several streams and then climb to the Sherpa village. Crossing the hillside through the quiet valley and passing by small paddy fields, you will reach the exotic village of Sherpa (Tashi Gaun). Once there, you are surrounded by spectacular mountains.

At 07:00 AM: Today will be a bit of a challenge for you as you walk through the Steep trail at a high elevation. You will ascend through the forest to a stream and then onto a ridge. Upon reaching Unshisa, you enter Makalu Barun national park. From here it's a short way to Khongma Danda.

At 07:00 AM: Start climbing towards the summit of the Shipton La (pass) which takes a few hours to reach. After the Lake Kalo Pokhari, pass over the Keke La at 4,170 m. You can see marvellous views of Chamling, Peak 4 and Peak 7 After crossing the Keke La pass, then descend through the beautiful Barun valley through Dobato.

At 07:00 AM: After breakfast, you will pass through the Rhododendron forest, which leads to Barun River and the upper region of the valley. Yangle Kharka is your overnight staying point for tonight.

At 07:00 AM: Following the modern walk to the valley, you will pass through the yak pastures, lush forest and boulder fields. The valley walls tower imposing above us during the start of the trek. You will pass Merek as we make our way further up to witness the outstanding rise of the picturesque Himalayan view. Chasing the mesmerizing views of the Himalayas, you will continue your trek walking on moraines and passing a small Himalayan village to reach Langmale Kharka.

Trek to Makalu Base Camp (MBC)

At 07:00 AM: From Langmale Kharka you make your way to Shershong and eventually to Makalu Base Camp. The trail is flat with icy glaciers and snow-capped mountains accompanying us. Mt. Makalu becomes spectacular as we approach Shershong. As you make your way to the camp, you will get to soak in the majestic Himalayan panorama surrounding us.

At 07:00 AM: Makalu base camp is a barren place with the large Barun Glacier beyond it. From here you can see the magnificent south face of Makalu and the complete panorama of Mt. Everest and Mt. Lhotse. You can also explore the surrounding lakes, and glaciers and go for a short trek up.

The more rewarding endpoint of the trek unfurls with a climb to a 5,250 m ridge northeast on the Shershong on the lower slope of peak 3. From this high vantage point, we can see Lotshe in the northwest, Lotshe Shar, and Everest. Here you can witness the spectacular mountain panoramas and stretched valleys.

At 07:00 AM: You will decent down from the Makalu base camp and take one last glimpse of Makalu before turning to the corner and heading back. On your way down, we pass through the Shershong and Langmale Kharka.

At 07:00 AM: Today you will trekking down along the free-flowing Barun river we pass through alpine forests, rocky ridges and a few small streams to finally reach Khongma Danda. During the trek you will pass by a steep climb from Dobato to Mumbuk also known as (Nambuk) and cross the Keke La, Tutu La (Shipton's Pass) and Kauma La en route, then descend to Khongma Danda.

On our way, we may come across some yaks, snow pigeons and blue sheep.

At 07:00 AM: Today's trail leads you through a thick forest and takes us to Sherpa village (Tashi Gaun).  As we exit the Makalu Barun National Park we descend to the Barun River and then come across villages and settlements. At the end you will reach Num village for your overnight stay.

Drive to Tumlingtar and Fly to Kathmandu

At 07:00 AM: You will drive from Num to Tumlingtar on a private jeep, where you can savour the glorious vista of Mt. Makalu for the last time. You can rest and relax once you reach your hotel in Kathmandu or get in touch with your loved ones. You will get shopping time in Kathmandu and in the late evening we will have a farewell Nepali dinner together.

(Have a safe home return!) : You will have leisure time in Kathmandu after breakfast at your hotel. Our office representative will escort you to the Kathmandu airport 3 hours before on time to board your flight. It may take 30 minutes to reach the airport from the hotel.

Find all details about Makalu Base Camp Trek or feel free to contact us for any kind of support.

I have found Altitude Himalaya on online and booked a customized 15 days trek to Makalu Base Camp, have found them very professional and supportive throughout the booking process and trip experience, highly recommended them to book Nepal trekking trips. 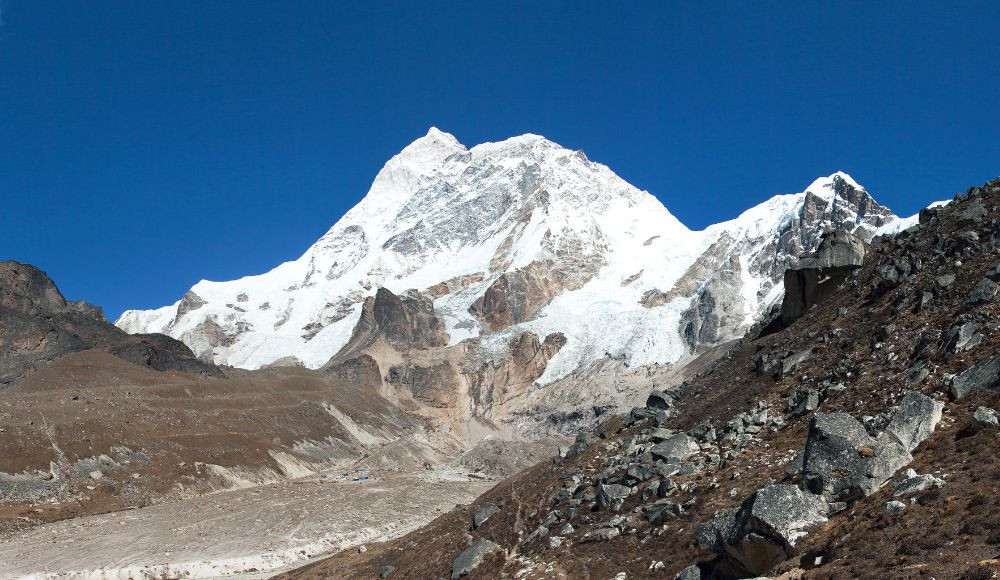 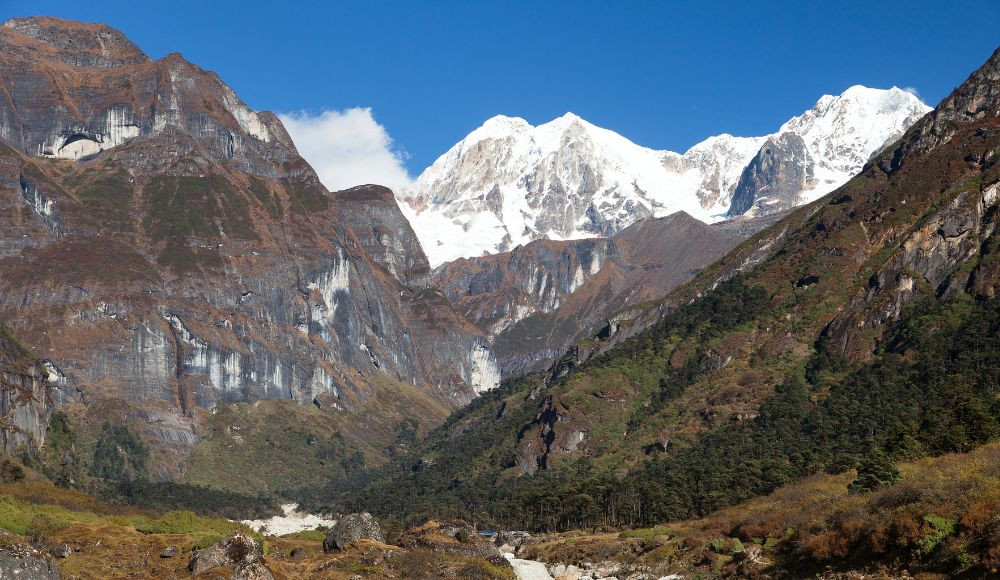 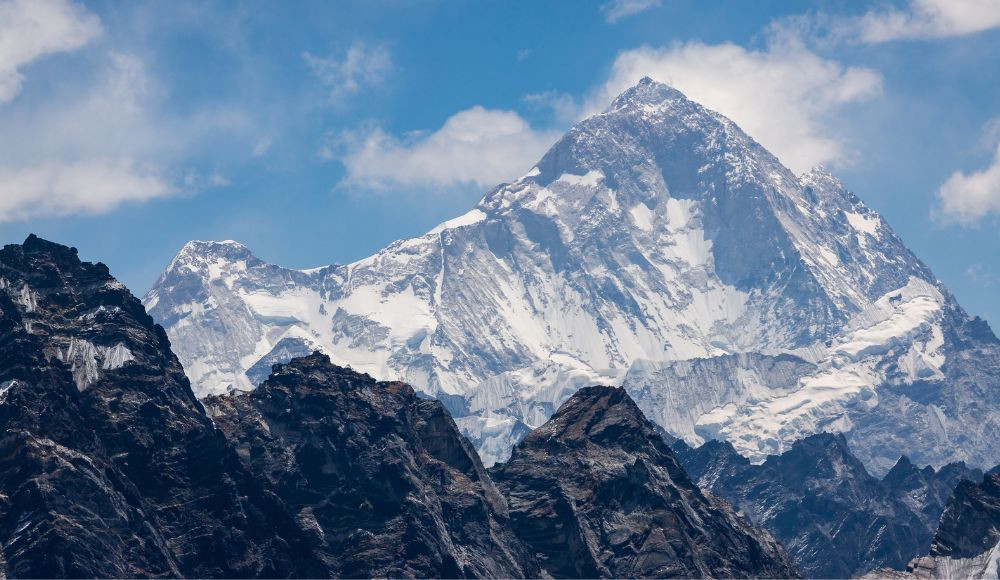