Luxury experience during the Everest trekking.

Ultimate luxury experience in the Everest.

With all the luxury and the facilities available it is one of the best choices to explore the Everest base camp. Unlike the normal Everest base camp trek you can get the comfortable bed, private bathroom and great food throughout the trek. Besides that you will also take a helicopter flight to Lukla and Back to Kathmandu. The helicopter flight is on a private basis and the chances of the flight being delayed and canceled is very low.

Everest, Makalu, Lhotse, Cho Oyu etc are some of the popular mountains that you can witness from your bedroom during your Everest Luxury Trek. Meanwhile, Kalapatthar is one of the best places to witness jaw dropping views of the Everest ranges. You can get the 360 degree Himalayan views from the Kalapatthar situated at an elevation of 5,545 meters above sea level.

Meanwhile, during your Everest base camp luxury trek you get the opportunity to stay at the finest local luxury houses available throughout the trekking route. Experience the typical Himalayan lifestyle as well as the culture and traditions of the local Sherpas. Besides that, you will also get the opportunity to witness the high mountain ranges from your bedroom window. All you have to do is to open the curtain of the window.

Everest Base Camp is situated at an elevation of 5,364 meters above sea level. It is the ultimate destination for the trekkers willing to have a close view of the highest peak in the world Mount Everest. The nepali name of Mount Everest is Sagarmatha whereas the Tibetians call it Chomolungma. Besides Everest, other high peaks can also be seen from the Everest Base Camp. You can interact with other trekkers and enjoy your time witnessing the highest peak in the world.

Kala Patthar lies at a higher altitude than that of Everest Base Cap. It lies at an elevation of 5,545 meters above sea level and is one of the best spots to witness the 360 degree views of the mountain ranges. Similarly, it lies on the southern ridge Mount Pumori in the Khumbu Himalayan Glacier just above the Gorak Shep. It is also the highest point to witness the close views of Everest without having any mountaineering or the climbing skill.

Namche Bazaar is a small colourful town that lies in the Solukhumbu district of Nepal. Situated at an elevation of 3,440 meters, It is one of the popular places in the Everest region for the acclimatization purpose. Meanwhile, it is also a historic trading hub for Yak cheese and butter. Situated on an arch shaped mountain, Namche Bazaar is also popular for ancient sherpa culture, tradition and heart warming hospitality. Besides that, there are various hotels, restaurants, regular pubs, cyber cafes and equipment stores.

Accommodation around the Trekking routes is not so good like the cities in Nepal. You will need to share the hotel rooms as well as the hotels throughout the trek for the normal Everest Base Camp Trek. However, you can still choose to stay at the finest lodges available every day throughout the day with our Everest Luxury Trek. You can get the clean bed, private bathroom as well as the great food with our Everest Luxury Trek.

Everest region is one of the most popular treks of Nepal. Every year thousands of visitors go through this route to witness some of the highest peaks in the world including Mount Everest. It is also an ideal choice to experience the Sherpa culture, tradition as well as the food. However, Everest Luxury Trek is not suitable to go throughout the year. During the winter season of the year the high snowfall blocks the trek route. Because of that it is impossible to trek during these months of the year. Similarly, it is better to avoid the monsoon season of the year too.

The best months for the Everest base camp luxury trek are during the months of September, October and November. During these months of the year the sky is clear and you can witness some of the gigantic mountains clearly. The chances of rainfall as well as the snowfall is also very low which makes it an ideal choice for the trek. Similarly, March, April and May are also another best months for Everest base camp luxury trek. You walk through the Rhododendron forest in the lower regions during these months of the year.

Your Arrival Time (?) Our office representative will meet and greet you at Kathmandu Airport and transfer to your hotel in Kathmandu. At 06:00 PM: In the evening we will meet for a coffee and will brief you the details of your trek program.

At 08:00 AM: Breakfast at the hotel and you will meet a experd tour guide to explore the Kathmandu valley. During this day you will explore some of the most popular world heritage sites inside Kathmandu Valley. We highly recommend Pashupatinath, Boudhanath, Swayambhunath and Kathmandu Durbar Square. But you can also choose your preferred heritage sites. Besides that, this day can also be used as the trek preparation day. You can check your list and get the necessary items for your trek.

Flight to Lukla, Trek to Phakding

At 08:00 AM: After the breakfast at the hotel you will take a drive to Tribhuvan International Airport. About 35-40 minutes of Flight will take you to Lukla. During your flight you can have a bird eye view of the valleys, forests, villages and many more. Upon reaching Lukla you start moving towards Toktok.  On this day, we will trek for about 4 hours to Phakding. The trail takes you through Dudh Koshi river and pine forest. The amazing landscape with some of the beautiful peaks starts to show up.

At 08:00 AM: The trail climbs up the Dudh Koshi Canyon, crossing from side to side passing the villages of Benkar and through forests of blue pine, fir and juniper. We will enter the world’s highest national park from Monjo, the trail undulates along the valley up to the confluence of Bhotekoshi and Dudh Koshi. This part of the trial is virtually sunless and notoriously cold and windy, the wind funnelling down the gorges of both rivers. From this point, you begin the final step to Namche Bazaar. Along with the trail, you can explore the Mt. Everest, Mt. Nuptse and Mt. Lhotse etc. Overnight rest at Namche Bazaar.

At 08:00 AM: Namche Bazaar, the biggest settlement in the Khumbu region, and is well facilitated with ATMs, Internet cafes, restaurants, bakeries and other gears facilities. It’s a rest day for acclimatization, we go for a short hike to a nearby viewpoint (Everest Amadablam viewpoint) and take a tour of the place including the Tourist Visitor Center where information about Everest climbers, Sherpa people and their culture and flora and fauna of the region are briefed. Overnight stay at Namche Bazaar.

At 08:00 AM: We will follow the trail which climbs the top of a ridge offering a panoramic view of Thamserku, Kusum Khangru and Kongde Ri. After walking around a branch ridge, the views of Ama Dablam, Lhotse, Everest, Taboche and Nuptse suddenly become unveiled. We start to descend towards Dudh Koshi river, cross the river and start to climb up towards Deboche. The first half of the climb to Tengboche is strenuous, finally, it eases off as the trail approaches a forested area. We will visit one of the biggest monasteries in the Khumbu region in the afternoon. Tengboche gives one of the best panoramic views of the snow giants. Overnight stay in Deboche.

At 08:00 AM: After breakfast, we will start from the Tengboche Monastery, we take a trail through rhododendron forest to Deboche and further to Imja Khola. Then we climb to Pangboche village (3930m), a Sherpa village with the oldest monastery in the region. We will then start moving towards another village Somare and reach the beautiful Dingboche village (4250m). Overnight stay in Dingboche village.

At 08:00 AM: Today, we will have another day of acclimatization. You will head to another beautiful part of the Khumbu region, Chhukung offers you a magnificent view of Mt. Makalu, Island Peak, Peak 38 etc. Overnight in Dingboche Village.

At 08:00 AM: After breakfast, we will move towards the barren valley vegetation. This is the most important day of the Everest Base Camp trek route. At Thangma Riju one can experience the 360-degree panoramic view of snow-capped mountains. The path joins the trail below Thugla and gives beautiful views of Cholatse (6442.) across the valley. The trail is rocky and icy at some part. After another steep ascent, Taboche, Pumori, Kalapatthar and Nuptse are particularly spectacular from Lobuche. Overnight at Lobuche teahouse.

Trek to Everest Base Camp, Back to Gorak Shep

At 08:00 AM: Today is the most important day of our trek as we will be at the base camp of Everest. The walk towards Everest is along the Khumbu Glacier. We will reach the small village of Gorakshep, where we will have our lunch. After having our lunch the trail will lead you to the Mt. Everest base camp at an altitude of 5,364 meters. Everest base camp gives you an unforgettable view of Khutse, Mt. Pumori, Changtse and Khumbu icefall instead of Mt. Everest.

Trek to Kala Patthar, Back to Pheriche

At 05:00 AM: Early morning we will climb to Kala Patthar for sunrise view. From the top we will see a 360-degree view of some of the highest peaks in the world including Mt. Pumori (7,169m), Mt. Everest (8,848m) and Lhotse (8516m), the Tibetan peak Changtse, Nuptse (7861m), Amadablam and countless other smaller peaks. We will have our breakfast coming back and after breakfast, we will descend down towards Lobuche following the Glacial valley and return to Pangboche. Overnight at Pheriche.

At 08:00 AM: After breakfast, we will further move downwards towards the Tashinga via Tengboche. Overnight at Tashinga.

At 08:00 AM: Today, you will finally return to the lowlands after your last high-altitude treks.  If you arrive on a Saturday, you can watch as Sherpas come in from distant villages to stock up on supplies and replenish the tea houses. The trek is relatively relaxing, and eventually, you will be back in the Dudh Kosi Valley. Pass your last checkpoint for the day at Jorsale and stop at Monjo.

At 08:00 AM: Today is the last day of our trek and will further move downwards to reach our last destination of the trek Lukla. Overnight at Lukla.

At 08:00 AM: Breakfast at the hotel. After that you will move towards Tenzing Hillary Airport to take your flight back to Kathmandu. It will take about 35-40 minutes to reach Tribhuvan International Airport. Upon reaching the airport you will take a ride to your hotel and you will have free time. In the evening we will have a farewell dinner together.

You will be free until your flight time; we will drop you at Kathmandu Airport 3 hour before your flight.

Read all required information about Everest base camp luxury trek, or feel free to contact us. 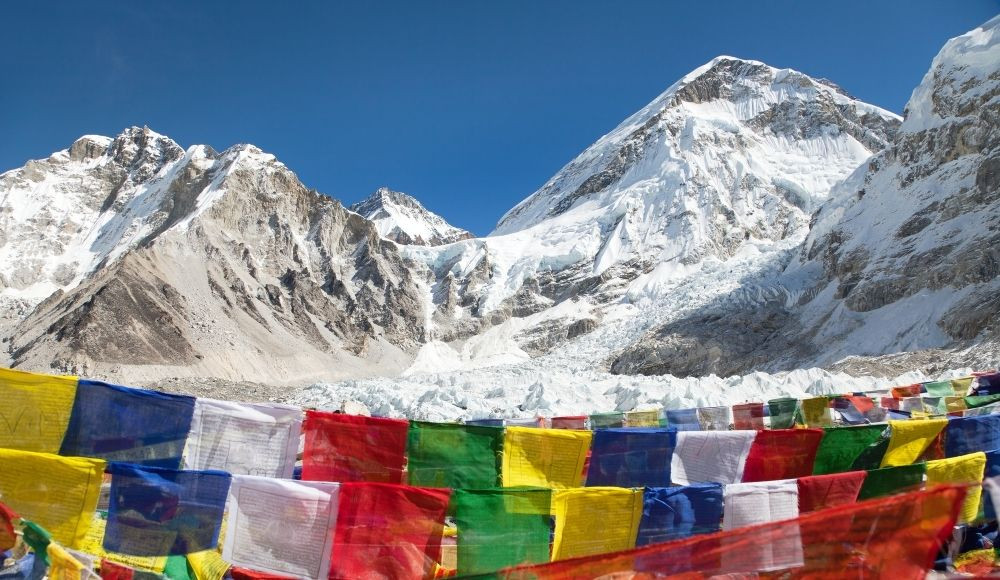 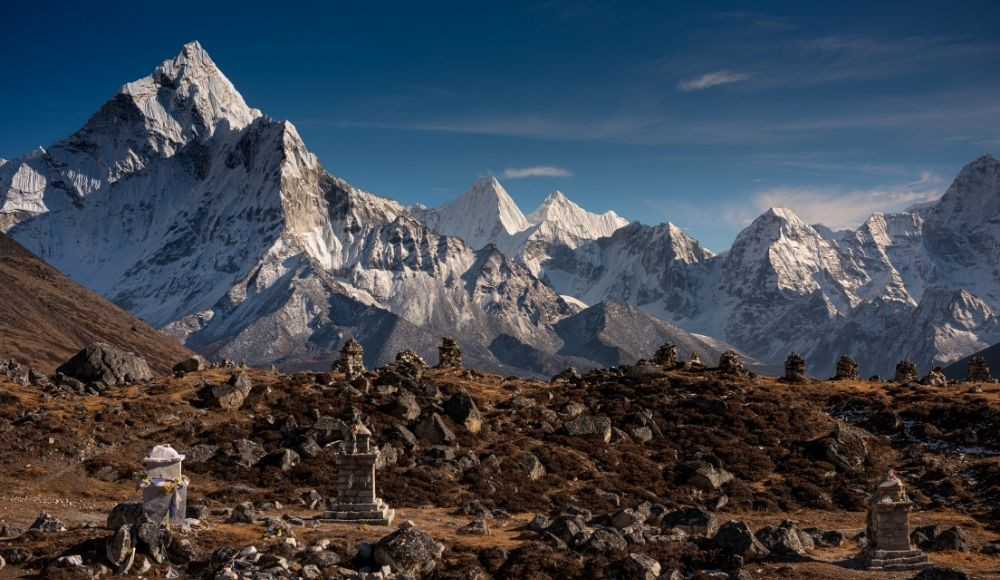 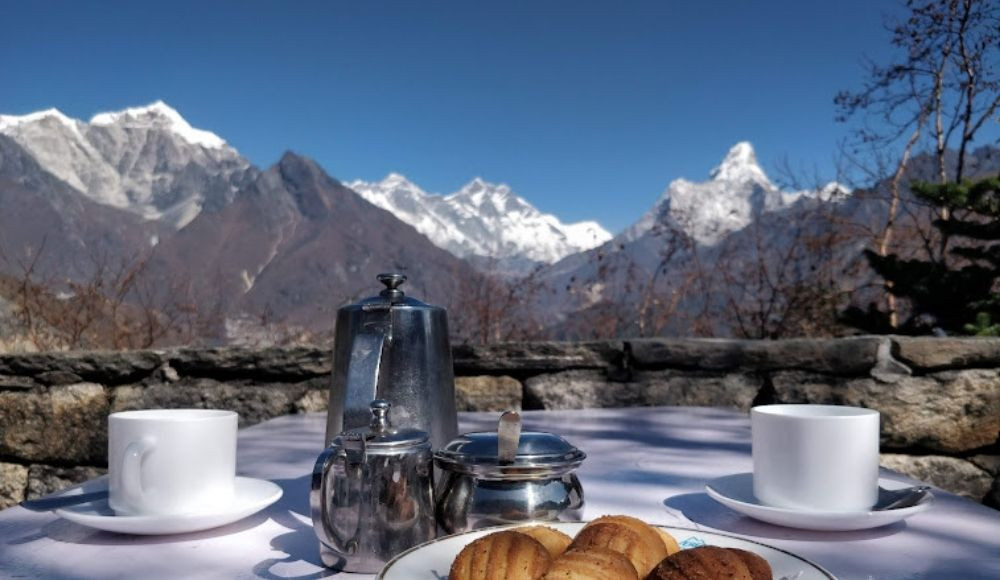 16 Days from
US$ 6000 pp
Request a Quote Book Now
Share With Your Friends: