Peaks Above 8000 Meters in Nepal

There are fourteen peaks over the world, among them eight lies in Nepal. Above 8000m peaks in Nepal are world-popular and offer lifetime experiences. 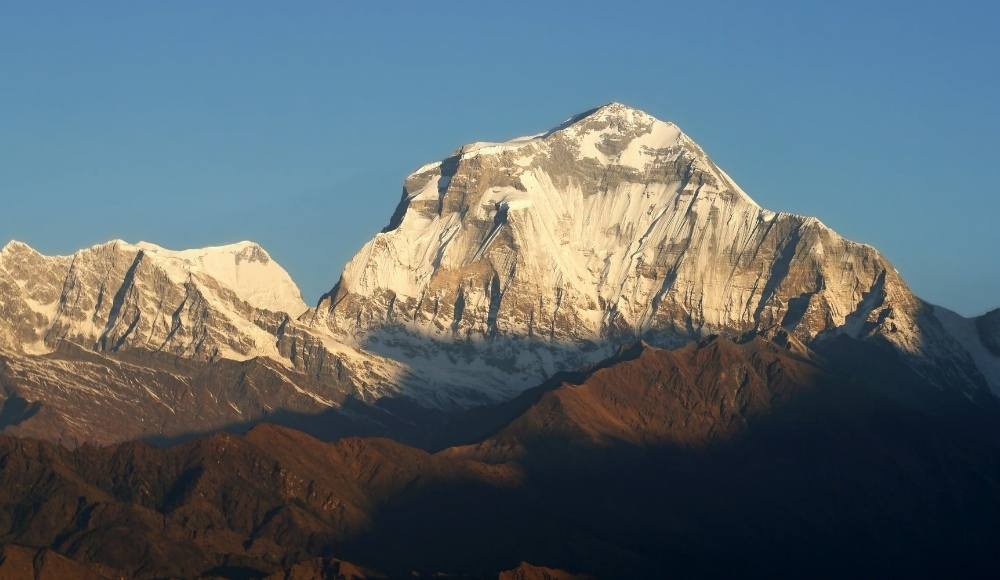 Being the home of Himalayan peaks, there are many beautiful mountains above 8000 m in Nepal and below 8,000. Nepal has the largest share of the highest peaks in the world. There are fourteen peaks over the world, among them eight lies in  Nepal. Above 8000m peaks in Nepal are world-popular and offer lifetime experiences. The highest mountains in the world, Mt. Everest, and the third is Mt. Kanchenjunga.

The eight thousanders carries a history, a memoir of tragedy and inspiration. The fatalities and casualties while climbing have a long list, but many people have braved the adventure to the extreme top and braved the mountain.

Attempts to climb Mt. Everest since the 1920s, in the 1950s became known as the golden decade of climbing as most of the eight-thousands were conquered within the ten years. Annapurna was the first mountain to be climbed among other mountains. Get the information about eight peaks above 8000 m in Nepal.

The highest mountain in the world, it was first climbed on 29th May 1953 by Edmund Hillary of New Zealand and Tenzing Norgay of Nepal.  This British expedition was led by John Hunt. The first expedition on Everest was led by Lt. Colonel Charles Howard-bury in 1921.

The early attempts were made from the Tibetan side as Nepal was closed to outsiders until 1950. Since 1953, more than a thousand people have climbed Everest and among them, Apa Sherpa has summited twenty times. The most commonly used route up the mountain is the South-east Ridge.

The third highest mountain in the world and has five prominent peaks by which it’s name stands. Kanchenjunga in Sikkimese means “five treasures of the Great Snows”.

It is located in the far eastern part of Nepal. However, the adjacent side of the mountain lies in Sikkim, India. The five peaks that Mount Kanchenjunga is accompanied with are Kanchenjunga main (8,586 m), Yalung Kang (8,505 m), Kanchenjunga West (8,420 m), and the Twin Peaks.

The mountain lies 128 km east of Everest. It is one of the difficult mountains to climb. Although plans were afoot to climb Kanchenjunga as early as 1882, it was only in 1995 that the first attempt was made. Alister Crowley was the first to make his way up the Yalung glacier. Ang Phurba Sherpa became the first Nepali to climb the peak on 14th May 1980.

The fourth highest mountain in the world. The Lhotse peak often comes into disregard as its neighbour Everest steals all the limelight. Nevertheless, at 8,516 m.

The swiss team comprising Ernst Reiss and Fritz Luchsinger made it to the summit on 18th May 1956. They were part of the  Swiss Mount Everest/Lhotse Expedition. On 12th May, two Austrians, Zepp Maier, and Rolf Walter submitted Lhotse Shar while Lhotse Middle remained unclimbed until forty-five years later, Russian climbers, Eugeny Vinogradsky, Sergei Timofeev, Alexei Bolotov, and Petr Kuznetsov finally conquered it.

Many climbers attempting to climb Everest, go up the Lhotse for acclimatization and the normal route to the highest peak starts up the Lhotse before veering off towards the rule destination. The first Nepali to climb Lhotse was Ukien Tshering Sherpa who summited on 8th May 1977.

Mount Makalu is the fifth highest mountain in the world. It lies in the Khumbu region of North-eastern Nepal. It has two subsidiary peaks, one is Kang Chun Tse or Makalu II, which is north-northwest of the main summit while Chomo Lonzo, the other peak also lies north of it.

On 15th May 1955, Lionel Terray and Jean Couzy, members of a French expedition led by Jean Franco reached the summit of Makalu.

Mount Makalu is one of the toughest mountains to climb. Many sherpas climbed the mountain in the 1950s, they were Indian nationals and it was only on 1st May 1978, that Ang Chepal Sherpa became the first Nepali citizen to summit the peak.

It is the sixth highest mountain in the world. The meaning of Cho Oyu is “Turquoise Goddess” in the Tibetan Language. It lies in the Everest region and forms the boundary wall between Nepal and China.

The first attempt on this mountain was made by an expedition led by the great Eric Shipton and other mountaineers along with him were Edmund Hillary, George Lowe, Charles Evans, and Tom Bourdilon.

It was Austrians, Herbert Tichy and Joseph Jochler accompanied by Pasang Dawa Lama who made the first successful ascent on 19th October 1954, via the north-west ridge. Ang Phuri Sherpa became the first Nepali national to summit Cho Oyu on 29th April 1987.

The seventh highest mountain in the world, Mt. Dhaulagiri, also known as “the white mountain”, is quite easily recognized because of its unique mound shape as seen from the treks starting from Pokhara.

On 13th May 1960, a Swiss Expedition led by Max Eiselin succeeded and put six climbers on the summit. Among them was Kurt Diemberger. This is the 13th eight-thousand mountain. In the first expedition, there were 13 members on the expedition and they summited on the 13th.

Nawang Dorjee, a part of the expedition, became the first Nepali to climb Dhaulagiri.

Mount Manaslu is the eighth highest mountain in the world. It lies in the east of Annapurna, between the Gorkha and Manang district in northern Nepal.  The fact that the peak was first climbed by a Japanese Expedition has made it one of the most popular mountains among Japanese mountaineers.

It all began with a Japanese Manaslu Reconnaissance Expedition in 1952. This was followed by Japanese expeditions in 1953 and 1954 but the latter was unable to approach the mountain following opposition from the inhabitants of Samu village along the route. The first Nepali national to climb Manaslu was Urkien  Tshering Sherpa who submitted on 22nd April 1973.

Mount Annapurna I  is the tenth highest mountain in the world lies to the east of Dhaulagiri. The Annapurna range stretches for 55 km and is made up of a series of peaks. Between the Dhaulagiri range flows the great Kali Gandaki river which has carved what is believed to be the world’s deepest gorge with eight- thousand on either side.

Annapurna means “full of grain” but it is generally known as the “goddess of Harvests”. The area has been protected by the Annapurna Conservation Area and is also known as ACAP, it is one of the most successful conservation projects. It is also one of the most popular peaks above 8000m in Nepal.

The first Nepali citizen to emulate this feat was Sonam Walung Sherpa on 13th October 1977. The four other peaks in this range share the name Annapurna: Annapurna II (7,937 m), Annapurna III (7,555 m), Annapurna IV (7,525 m), and Annapurna South (7,219 m). Above 8000m peaks in Nepal offer wonderful experiences along with the glory of the Himalayas.