The strenuous yet fascinating and wonderful trekking to Tilicho lake is pristine, unspoiled and offers mind blowing experiences. 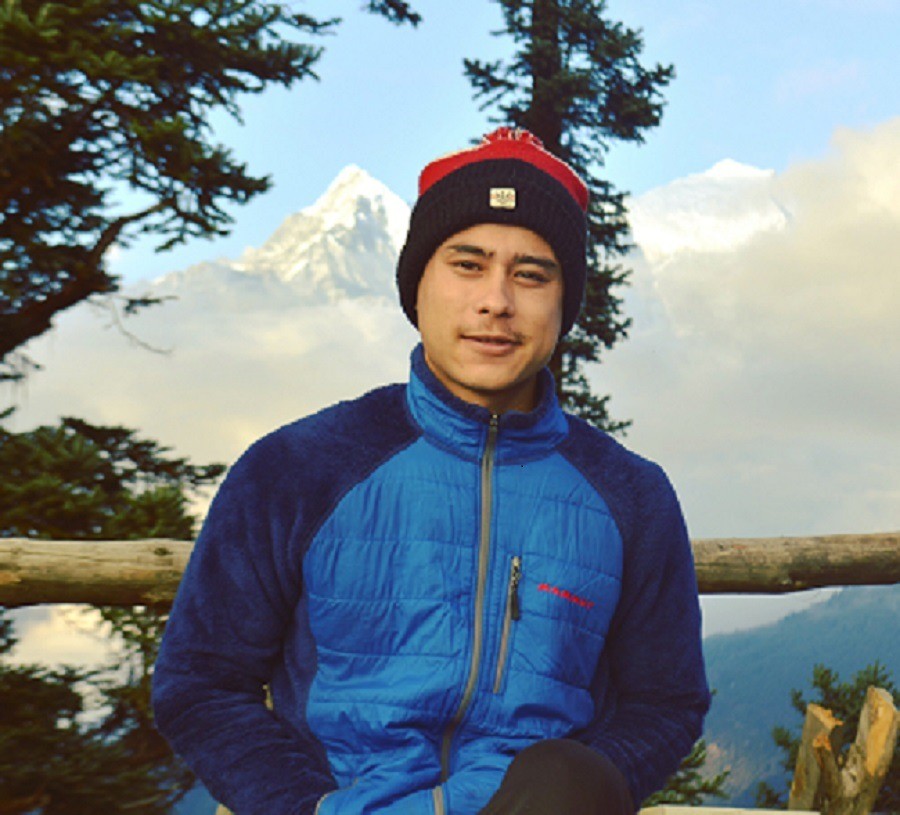 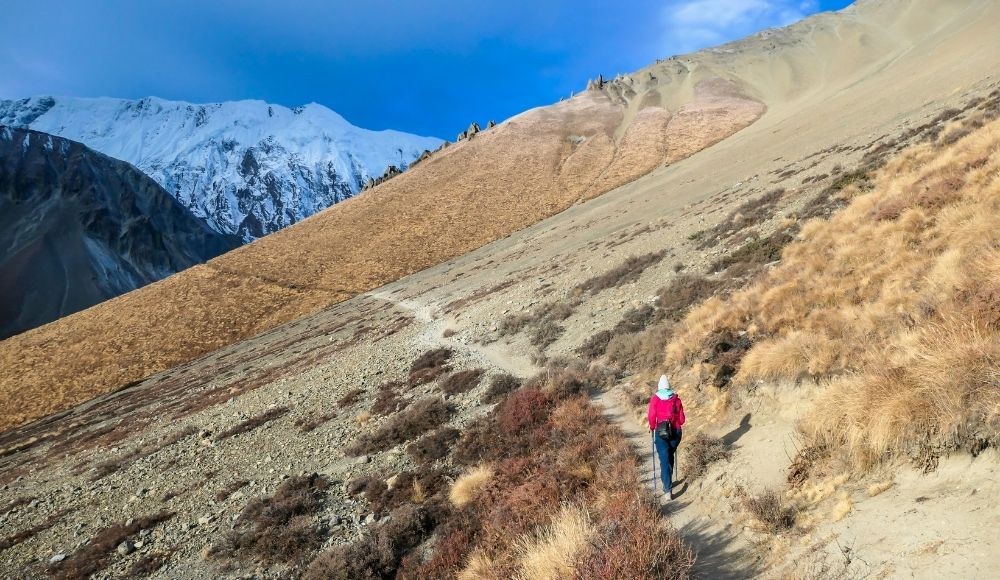 Trekking to Tilicho Base Camp is an emerging, yet a wonderful adventure. The best time to visit Tlicho lake is in the months of March to May and September to November. In these months, the clear sky welcomes you with the best reflection and wonderful scenic beauty and moderate temperature make your trip a convenient and interesting one, making it the best time to visit Tilicho lake for trekking activities in Nepal.

Tilicho lake is one of the popular trekking routes in the Annapurna region of Nepal. The strenuous yet fascinating and wonderful trekking to Tilicho lake is pristine, unspoiled and offers mind blowing experiences.

Said to be the highest altitude lake in the world, Tilicho lake facilitates trekkers with the glorious Himalayan views and picturesque beauty of the Himalayan region of Nepal.

The thrilling and exciting adventure to the highest altitude lake in the world is, of course, a bucket list goal of many adventure lovers. The best time to visit Tilicho lake, the beautiful abode of glaciers in the Himalayas.

Tilicho lake is located at an altitude of 4919 m above sea level, making it the highest altitude lake in the world. The trek to Tilicho Lake takes you through the beautiful meadows, alpine valleys, sublime natural spectrums and wonderful cultural values of this region.

The high altitude flora enriched this trek is probably the finest trekking experience in the Annapurna Region of Nepal. Also, the stunning waterfalls, ridges, forests, wildlife and natural beauty of this region adds more attraction to the trekking in this region.

A thrust, that cannot be controlled, and peace of mind is possible only in nature. And the Tilicho Lake trek is a privilege that takes you to the wonderful place on earth. Unlike the commercial trekking routes in Annapurna and Everest Region, Tilicho lake trekking is kept secret.

Tilicho Lake has mind blowing beauty, amazing scenery and foremost, spectacular mountain views. The glacial beauty of Tilicho Lake is highly admired for the wonders it has.

Tilicho Lake lies in the rural village of Manang district in Nepal. The lake is composed of 4 km length, 1.2 km width and an average depth of 85 m with a surface area of 4.8 square kilometres.

Apart from the breathtaking adventure Tilicho Lake has, it is also a major pilgrimage attraction for Hindu followers. The glorious recognition all over the world for being the highest altitude lake is because of the glacial collection from the northern Annapurna and Thorong La pass.

The months of March to May and September to November are regarded as the best time to visit Tilicho Lake. In these months, the weather and temperature are comparatively better and you get to explore more in this region. The picturesque beauty of this region is best explored in these months. And also, you get to explore the lifestyle and culture of locals, making it a perfect blend. The months of June, July and August are not favourable as the trails remain slippery and muddy, making it difficult to reach.

Spring Season (March, April and May)

Spring Season in Nepal starts with the end of winter in the month of March and lasts till May. It is one of the best seasons to visit Nepal. During the Spring season, the weather is stable with pleasant beauty around, and the temperature is moderate, making it the most favourable time.

Trekking through the dense lush green forest, blooming rhododendrons in the uphills and attractive ambience of nature are best explored during Spring Season.

The Tilicho Lake Trekking in Spring Season allows you to witness the mindblowing vistas of Annapurna II, Annapurna III, Annapurna IV, Gangapurna, Pisang Peak and many other neighbouring mountains. Furthermore, the Gompas and monasteries along the trail, a unique trans Himalayan landscape of Manang valley are incredible during Spring.

This season is also best to indulge yourself in the festivals and celebrations of the locals. Several festivals fall in the Spring season such as Mahashivaratri, Holi, Nepali New Year, Dussehra etc. If you are planning to visit Tilicho Lake, Spring season is one of the best seasons to trek in this region.

The summer season starts in June and ends in August. It is a good time to explore mountain regions because of the favourable temperature. However, in the Terai and lower hilly areas, the temperature lingers around and more than 28-degree centigrade, making it difficult to travel.

To trek to Tilicho Lake, Summer season is not recommended because of the uncertain weather conditions that arise during summer months.

The months of September, October and November are the Autumn months in Nepal. This is also the best and most favourable time to visit Nepal. The beautiful climate, stable and moderate level of weather and temperature and clear skies makes this season a most appropriate time for trekking and other adventure activities.

During these months, you can explore the beautiful mountain vistas of the Annapurna and Manaslu region. Semi-arid landscape and astounding natural atmosphere during the Tilicho Lake Trek are one of the best experiences in Nepal. Furthermore, you may attend the popular festivals of Nepal such as Dashain and Tihar.

The surrounding is very pleasant and so are the mountain vistas. The morning gets a little cold and the days are sunny with a moderate level of temperature. This is also the best time to explore a wide range of other adventure activities.

December, January and February are the winter months in Nepal. Winter is a good time to explore the urban and lower elevation places. In the higher elevation there lies a high chance of snowfall and frosty climate conditions. So, Tilicho Lake trek is doable in the end month of winter, however, this season is not so preferable.

The temperature in the upper elevation reaches the negative unit making it very frosty and difficult. So, this season is not very favourable for trekking activities in the higher elevations. However, for hiking and other activities, winter is still a good time.

Tilicho lake trek is a popular adventure that takes you to the wonderful Tilicho lake through high passes, arid valleys, profound spectrums of the natural beauty, Himalayas, amazing culture and traditions. The Tilicho Lake trek is strenuous, yet wonderful and mind-blowing.

Furthermore, trekking to Tilicho Lake is a highly adventurous and admired trekking route as it facilitates you to gain diverse experiences in the diverse terrains of Nepal. Subtropical to cold, the weather varies during the trek, and so do the culture and traditions in the locality.

How to reach Tilicho lake from Kathmandu and Pokhara?

From Bahundanda, the trek will ascend to Chamje, Bagarchhap, Chame, Pisang, and finally reach the mindblowing Manang village of Nepal. You will explore around Manang and rest there exploring around the Manang village.

The return trail follows Yak Kharka, Thorong Phedi, Thorong La pass, Muktinath, Jomsom and finally gets to the beautiful valley of lakes Pokhara. The onward drive from Pokhara will take you to Kathmandu.

The spectacular views of Tilicho, Nilgiri, Khangsar, and Muktinath peak alongside the incredible mountain vistas of Annapurna Range, Machhapuchre, and Dhaulagiri are the major attractions of the trek.

Alpine forest, arid landscapes in the trans-Himalayan zone of Manang and several other places along the trek offer a very unique experience.

The culture and traditions of the countryside during the trek is also a major attraction. This trek passes through the beautiful villages of Besisahar, Chamje, Dharapani, Chame, Pisang, Manang, Sri Kharka, Yak Kharka, Thorang Phedi and many other villages in between. Trekking in this area is unique as it is not commercial and provides an authentic experience.

Annapurna Circuit Tilicho Lake trek is also one of the most admired trekking routes in Nepal as it blends the majestic beauty of Annapurna to the incredible world’s highest elevated Tilicho Lake.

The trek takes around 17 days to complete. A wide range of natural experiences and very authentic traditional and cultural villages in the mountain settlement of Nepal is itself a great adventure.

Tilicho Lake is the finest version of offbeat trekking in the remote mountain region of Nepal. Exploring the beauty of villages and valleys and the mountain settlement seems undiluted. It is best explored in the Spring and Autumn season and offers a wide array of experiences to the visitors.