Upper Dolpo circuit trek is one of the untouched and unexplored trekking trails of Nepal.

Upper Dolpo circuit trek is one of the untouched and unexplored trekking trails of Nepal. It is situated in the mid western region of Nepal. And you will pass through various high trekking passes over 5,000 meters above sea level throughout the trek. Upper dolpo circuit trek also passes through the Shey Phoksundo lake as well as the Shey Gumba.

Untouched and unexplored upper dolpo is a land where life still moves around yaks, mules and horses. Meanwhile people still wear traditional attire and jewelry and the remains of the dead are given to the vulture.

Upper dolpo is still one of the restricted areas of Nepal. About 250 people are only allowed to explore this place every year. Meanwhile, it is restricted for the preservation of the unique tradition and culture. Marvellous views of the mountain ranges and the beautiful landscape can be seen during the trek.

Besides that the main attractions of the Upper dolpo circuit trek is the Shey Phoksundo lake. It is one of the most beautiful lakes of Nepal situated at an elevation of 3,589 meters above sea level. Besides that, the unique culture, traditions and lifestyle of the locals also attracts the tourists every year. You can also add a short visit to Bardia National Park during your stay at Nepalgunj. There are various things to do in Bardia National Park.

We have listed some of the major attractions and noticeable places of Upper Dolpo circuit trek.

Upper Dolpo is one of the most remote places of Nepal. Situated in the northern site of Kathmandu people live here with the basic facilities available. Beisdes that the people of the uper dolpo are very friendly and helps every travellersls passing by. You can also experience the warm hospitality of the locals during your stay. Meanwhile, marvellous views of the landscape, valleys and the mountain views are also the main highlights of upper dolpo.

Shey Phoksundo is one of the most popular as well as the beautiful lake of Nepal. It is situated at an elevation of 3,589 meters above sea level. The maximum depth of Phoksundo lake is 145 meters. Because of that it is also listed as the deepest lake at such a high altitude around the globe. It is a freshwater lake and no aquatic life has been recorded in this lake.

The icy cold water from the Himalayas is collected by the Shey Phoksundo Lake. Similarly, aquamarine blue colour of the lake attracts the numbers of tourists. Meanwhile, if you observe them then you can notice that this lake changes its colour according to the amount of ambience of light.

There are various heritage sites to explore inside Kathmandu valley. Among those heritage sites you will explore Swayambhunath, Boudhanath, Pashupatinath and  Kathmandu Durbar Square. You can also choose to explore some other heritage sites of your choice. Similarly, you can also do a last minute shopping before your trek. Besieds these there are also various tourist places to visit in Kathmandu.

Nagdalo La Pass lies at an elevation of 5,350 meters above sea level. Also known by the name Kang la pass, you will reach Shey Gompa after crossing this pass.It is also the first pass that you will cross during the trek. Walking  through the bank of the Tuk kyaksa khola you will reach High camp and then to the Nagdalo la pass. Marvellous views of the mountain ranges as well as the beautiful villages can be seen from the top.

Neng la pass is another high pass that you will be crossing during your upper dolpo circuit trek. It lies at an elevation of 5,402 meters above sea level. Similarly, it is also the highest point of our upper Dolpo circuit trek.  You will cross this pass during your 11th day of the trek. This pass joins the Bhijir village with Saldang village. Marvellous views of the mountain ranges and the Saldang village can be seen from the top.

Jayanta la pass is the last pass that you will be crossing during your upper dolpo circuit trek. It is situated at an elevation of 5,220 meters above sea level. You will need to stay overnight at high camp to cross this pass and reach Dho Tarap. Similarly, due to the high snowfall in this area this pass is open for April to November only. Meanwhile, in other months of the year it is quite difficult to cross this pass.

At 06:00 PM: In the evening we will meet for a coffee and will brief you on the details of your trek program.

At 08:00 AM : You will visit for a full day sightseeing of Kathmandu Durbar Square and Swayambhunath, Boudhanath and Pashupatinath. Besides sightseeing, you can do required shopping for your trek.

At 08:00 AM: Wake up and have breakfast at the hotel. Your trekking guide will receive you and take you to the Tribhuvan International Airport for your flight to Nepalgunj.

The duration of the flight from Kathmandu to Nepalgunj is about 50- 60 minutes. Upon reaching Nepalgunj you will be transferred to the hotel. You can also add Bardia National Park during this day.

Flight to Juphal, Trek to Shyanta

Upon reaching Jhuphal you will meet your further team for the trek and move towards Shyanta. You will stay overnight at Shyanta village situated at an elevation of 2,520 meters above sea level.

At 08:00 AM : Breakfast, at the hotel. After that you will start your trek. During this day you will walk through the Phoksundo national park to reach Samduwa. Samduwa lies at an elevation of 3,038 meters above sea level.

At 08:00 AM: The trail today includes a long and sometimes steep climb of about 2 hours. Mesmerizing views can be seen from the top. The best part of the day is that you can witness one of Nepal’s highest waterfalls. The waterfall is about 167 meters high. Similarly, it is called by the name Phkosundo waterfall.

However, locals also call it the Sulighat waterfall. Besides that from the pass you can also view Phoksundo lake. After that, the path goes down and gets closer to the river. After that, you will reach Ringmo for an overnight stay.

At 08:00 AM: You can also add an extra day to explore around the Phoksundo lake. There are various places to stop by during your day at Ringmo. The trek to the Lower forest camp is more challenging than other days.

At 08:00 AM : The trek to Lower Camp is as easy as other days. You will gradually gain altitude in the day. You will walk on the bank of  Tuk Kyaksa khola to reach the lower camp for an overnight stay. There are no hotels around so that you will stay overnight at the tented camps.

At 06:00 AM: You will get up early and start your hike towards Shey Gumba. You will have to walk uphill from the beginning of the day. After two hours of walking, you will reach a high camp situated at an elevation of 4,460 meters above sea level.

At 08:00 AM: After breakfast, you will start your trek towards Namgung. The trail today is uphill as well as downhill climb. You will cross Saldang-la pass.

At 08:00 AM : After breakfast you will move towards Saldang. Saldang is one of the popular villages of the upper Dolpo. The trail goes uphill until you reach the top. Marvellous views of the Sladang and nearby villages can be seen from the top.

After that you will descend downhill to reach the Saldang village situated at an elevation of 3,770 meters above sea level.

At 08:00 AM: During the first few minutes of the trek, you will descend downhill until you reach Nagaon Khola. After that, you will start uphill walking. The trail to Rhakyo is mixed with uphill and smooth. Walking through the trails you will reach a gumba decorated with the praying flags and thousands of mani stones.

After collecting the memories and capturing the moments you will start walking towards Rhakyo. Walking beside the Nagon Khola you will reach a small forest before reaching the Rhakyo village.

At 08:00 AM: Rhakyo is a small village in the middle of nowhere and you can also interact with the locals. After breakfast, you will start the walk. The trail today is an uphill walk only. You will gradually gain altitude until you reach the high camp. The high camp is situated at an elevation of 4,590 meters above sea level.

At 08:00 AM: Breakfast at the campsite and then you will start your trek. First few hours of the trek you will walk uphill until you reach the top of the pass. You can rest for a while and capture moments. After the pass, the trail to Dho Tarap is quite easy. Though the hiking distance is quite long.

You will descend downhill. Before reaching Dho Tarap you will reach Tokyu village and then witness Gagar Takmar village from a distance.

At 08:00 AM : Dho Tarap is one of the civilized villages of the upper Dolpo circuit trek. There are many beautiful traditional houses and many other facilities are available here. The trek to Nawarpani is one of the easiest among all the trekking days.

You will walk on the bank of Tarap khola until you reach Nawarpani. You will also pass through the beautiful village Toltol before reaching Nawarpani for the overnight stay.

At 08:00 AM: Walking beside the Tarap Khola you will cross a small bridge before reaching a small village. From there you will walk further on the bank of the Thuli Bheri and reach Takakot. Takakot is a small village and you can also explore the gumba in this area. From Takakot the trail goes downwards until you reach Dunai for the overnight stay.

At 08:00 AM: After breakfast, you will move towards the Jhuphal. Initially, the way to Juphal is flat but the final hour up to Jhuphal seems steeper than the one you remember from your day one of trek. Juphal is situated at an elevation of 2,475 meters above sea level. Upon reaching you can explore the village or interact with the locals.

Flight to Nepalgunj, Back to Kathmandu

At 08:00 AM: After breakfast, you will take an early morning flight to Nepalgunj. This is a wonderful 35-45 minute flight over the Himalayan foothills, with fine views of the main peaks including Annapurna and Dhaulagiri to the north. You then connect with the flight back to Kathmandu. You will have free time and we will meet in the evening and have a farewell Nepali dinner together.

Breakfast at the hotel and you will have free time. 3 hours before your flight time our driver will pick you and drop you to the International airport.

Find out all required travel guides and trips for the Upper Dolpo circuit trek. 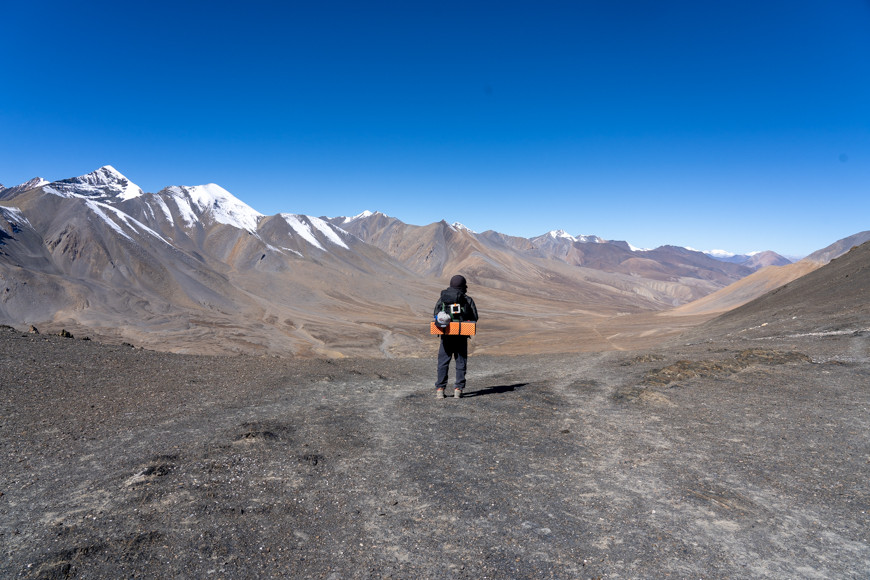 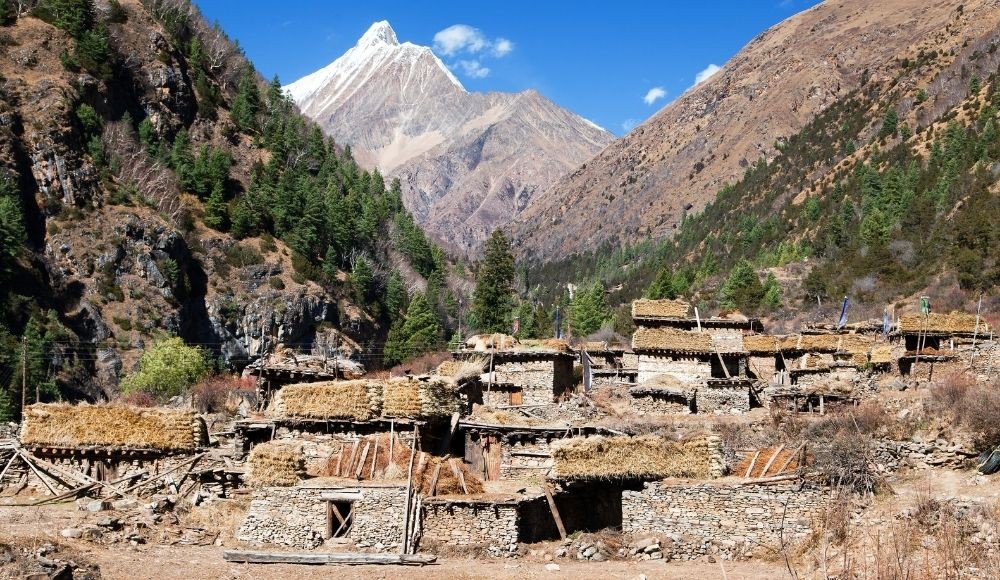 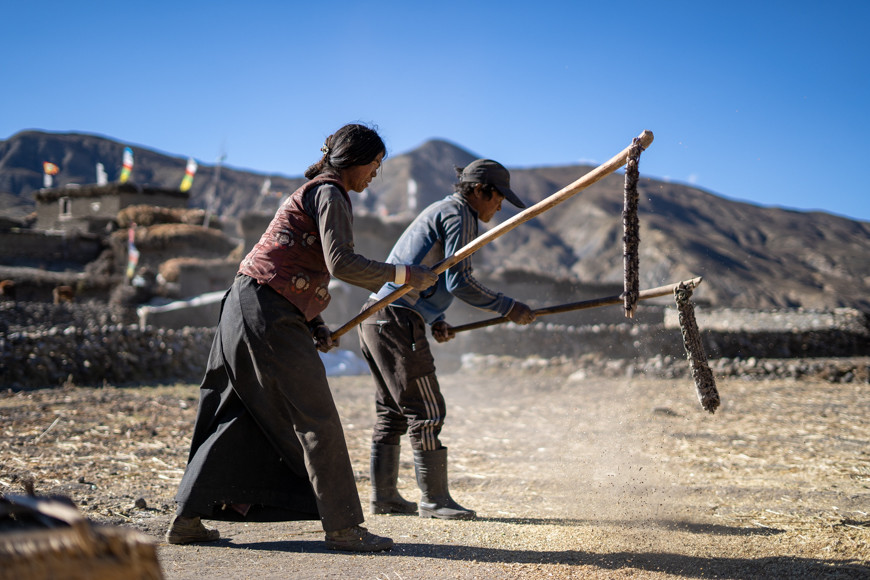 20 Days from
US$ 4050 pp
Request a Quote Book Now
Share With Your Friends: