The second most widely celebrating festival in Nepal

This festival begins from Kartik Krishna Dwadasi to Kartik Shukla Dwitiya in Nepali and October-November in English which altogether lasts for five days. 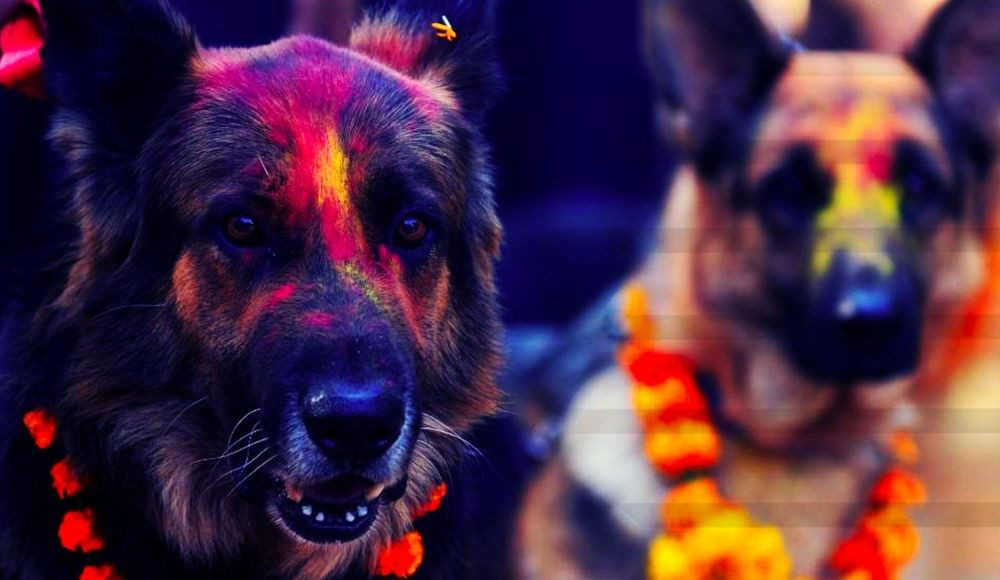 Tihar, also known as the festival of lights, is one of the major festivals of Nepal.  It is a time of candlelight decorations. Houses are illuminated at night and special sweets of different varieties are prepared. After the Dashain, Tihar festival is the other most famous festival in Nepal.

Tihar festival celebration lasts for 5 days where we worship different animals and birds. The worship of crows is called Kagtihar.  The whole country is decorated with vivid flowers. Tihar is also known as the festival of ” Lights and Flowers.” People light candles, electric lights and oil lamps both inside and outside the house and the celebration to enlighten Goddess Laxmi starts in the evening.

This festival begins from Kartik Krishna Dwadasi to Kartik Shukla Dwitiya in Nepali and October-November in English which altogether lasts for five days. This festival is also the “Yama Panchak” because it is related to Yamraj, the God of death.

The celebration of the festival comprises many stories. Yama, “The God of Death,” and his sister Yamuna, are all related to one famous tale. The myth suggests that during his job, Yama was very busy and remained away for a long time from his sister. According to the legend, Yamuna wanted to visit her brother as he was busy with his work.

So, she used the help of different pets such as cows, crows, dogs to deliver her message to Yamraj. But the messages sent by his sister, Yamuna, didn’t reach Yama. So,  she finally visited her brother herself. After meeting him, Yamuna adored Yama and presented him with Globe Amaranth Garland (Makhamali) and a unique gift prepared by her, with five coloured tikas.

The Yamuna produced a circle of Dubo dipped with mustard oil. Yamaraj was happy with his sister’s love and then announced that whoever gets tika from their sisters won’t die that day.

Another popular story indicates that a girl named Yamuna once prayed for a lengthy and healthy life for her brother as he was sick. She was performing a Puja for her brother on this day when Yama came to take her brother with him. Yamuna encouraged Yama to be a part of the Puja with lights and decorations.

A Deusi Bhailo ceremony was performed together with them. Yama was happy with her and asked her to wish for anything. Then Yamuna asked her brother for a lengthy and healthy life. Thus, Tihar has been recognized since then as a unique opportunity to pray for the brothers ‘ lengthy and prosperous lives.

The first day is called Kaag Tihar where the crows, who are adored as messengers of death, are worshipped. This is the day of the crow, the informant of Yama. The crow is the messenger of Yamraj according to Hindu epics.

Fruits and other sweets or roti offerings to crows in the morning demonstrates the human faith towards birds. People believe the crow’s sound is also a sign of the crow’s sadness which brings bad luck. This is why people on this day feed crows in order to avoid bad events and wish them well.

This is the second day of Tihar and on this day, people worship dogs. Dogs are close friends of people. People offer different types of food to dogs, putting tika on the forehead with a beautiful garland on the dog’s neck.  Mostly every dog on the streets has a tika and a garland. The dogs are also “the gatekeeper of death”. Their contribution to human life is high. For that reason, worshipped as a protector friend or a partner.

Of the five days, the third day is the most important. This day is known as Laxmi puja and Deepawali. Goddess Laxmi is known as the Goddess of wealth. In the morning, people worship cows by feeding them food and putting tika on their forehead and garland on the neck. The people of Nepal don’t kill cows as it is considered as the national animal. On the same day of Gai puja, people worship Goddess Laxmi in the evening. On the same night of Laxmi Puja, garlands are offered and lamps are lit to invite the Goddess of wealth, Laxmi, into the house.

The belief is that if the house is dark, Goddess Laxmi will not come. So on this day, people decorate their houses with oil lamps and electric lights. Small footprints are made from a mixture of flour and color which are painted as the rangolis. It is believed that footprints guide Laxmi into the house.  On the night of Laxmi Puja, children gather around and go to different houses to sing the “Bhailo” song. During the night, a group of bands and other musical parties go to every house for dancing, singing, etc.

It is the fourth day of Tihar. Three different types of puja are observed on the fourth day. On the day of Goru Puja, an ox is worshipped by the devotees of Vaishnavism. Goverdhan Puja is also performed through the use of cow dung on the hill of Goverdhan Parbat.

The community of Newar performs Mha Puja in the evening. The Mha Puja falls on the Newari new year known as Nepal Sambad. On this day, the Newari community worship their own body and pray for their success and well-being.

Family members sit on a line and create a mandap, decorated with flowers, sweets, garlands, and lights for each of them. The offering of Sagun to each individual consists of fried eggs, bara, yogurt,  meat, fish and local rice wine. The Itaa (lights) are kept around the mandap which intensifies the bond of the family.

The last and final day of Tihar is Bhai Tika. Sisters worship their brothers. This is the day when sisters make offerings to their brothers by worshipping and wishing for their long life. On this day, sisters and brothers come together to show their love and bonding. The rituals include breaking a walnut, putting on a garland of “Makhamali” flowers and putting seven different colours of Tika on the brother’s forehead.

They put Tika to protect them from Yamraj, lord of death. During this festival, people play cards. Sisters pray for long and successful lives for their brothers. Brothers also put Tika on their sister's forehead to promise them to protect until the last breath of their life and give gifts or money.

Tihar Festival and its Tradition

The Tihar festival is for all the people of Nepal. Different traditions associated with the festival celebration make it more interesting and one of the best festivals so far.

Lights are the most important aspect during the festival. Each house is adorned with beautiful lights in the time of Tihar. The diyas and candles are put on the entry points, and the windows of the house. Lights make the festival wonderful and beautiful.

Children and young people gather and go to each other’s houses to play Deusi Bhailo. They sing different kinds of songs and dances.  The groups get various items like flowers, fruits, sel rotis, and money by the landlord. The Bhailo group gives a blessing to the house that Goddess Laxmi will reside in the house and pray for the success of the householder.

Tihar is the second biggest festival of Hindu followers in Nepal. With the majority of Hindus, it became one of the biggest festivals in Nepal. Tihar is the vibrant manifestation of cultural practices that not only venerates god but also to animals like dogs, crows, and cows that contributes to human life that makes existence easier.

The divine and intimate relationship between humans and animals is the main theme of this festival. Tihar is also popular as Deepawali (Diwali). This festival is very unique as it demonstrates the virtuous bond between brothers and sisters.

The beautiful Nepali paegent Tihar festival holds a huge significance. As the main celebration lasts for five days, it is also known as Yamapanchak.