Fly like a bird and explore the beauty of Nature

Paragliding in Pokhara is popular as it offers the spectacular beauty of mountains, snow-clad Himalayas, beautiful lakes, gorges and valleys. 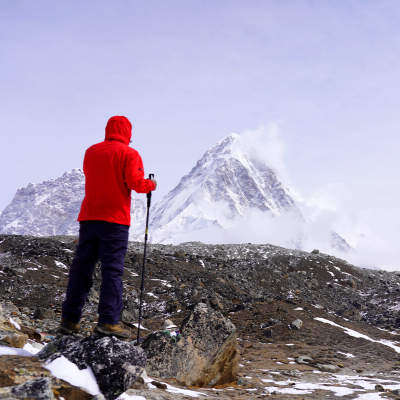 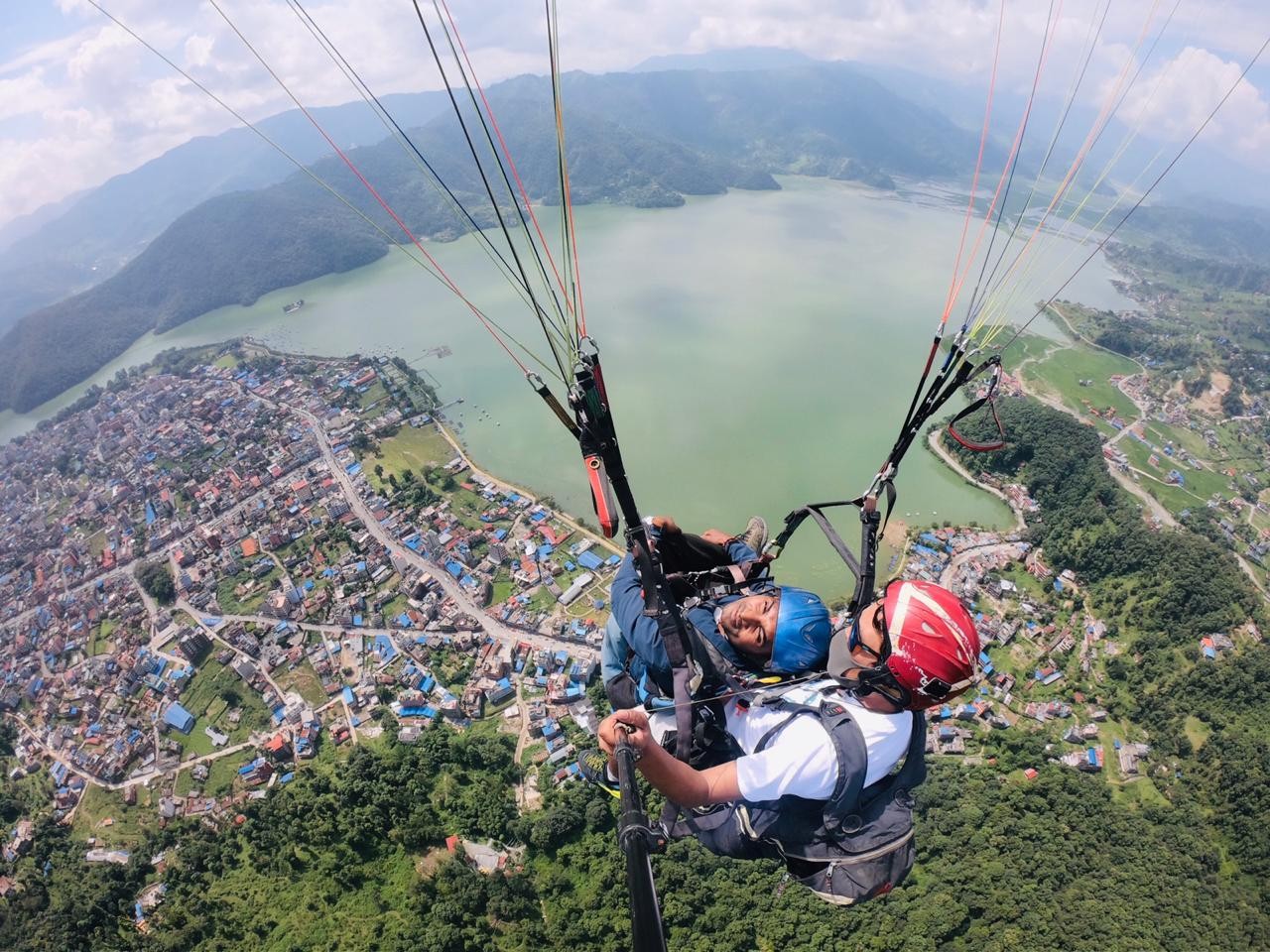 Flying up in the sky just above the beautiful lake paradise of Pokhara is one of the wonderful things to do in Nepal. The urban lifestyle but very natural environment of Pokhara valley attracts a lot of visitors every year. And surfing the sky opens a good possibility of exploring the beauty of the Himalayan complex and beneath the beautiful Fewa lake.

The experienced gliders assist the tandem paragliding in the heart of Pokhara valley. Sarangkot is a popular spot for Paragliding and there are several companies offering this wonderful aerial adventure.

Soaring up like a bird in the sky and enjoying the incredible mountain vistas is the best part of gliding in the Pokhara valley. Like no other place, Paragliding in Pokhara offers the beautiful amalgamation of adventure, mountains and hawks, and the scenic beauty of the entire valley.

Paragliding in Pokhara is incredible as the valley itself is renowned as one of the top five amazing paragliding destinations in the world. It is not only popular for its finest gliding experience, but also for the spectacular views of the mountains, valleys and gorges, caves and lakes and amazing nightlife.

There are many other things to do in Pokhara, however, paragliding from the beautiful vantage point in Sarangkot entices every adventure enthusiast to fly in the sky of the gateway to the mountains.

The overwhelming natural beauty of Pokhara valley is indescribable. And exploring it with a wonderful aerial adventure is not similar to any other activities. Situated in the foothills of Annapurnas and many other Himalayan ranges, the valley is a beautiful symbiosis of nature, adventure and wide arrays of cultural spectrums.

From Pokhara, you can witness the snow-capped views of three eight-thousanders Dhaulagiri, Manaslu and Annapurna, and majestic Machhapuchre along with many other mountain peaks.

The paragliding price in Pokhara is comparatively cheaper and very worth it for the life lasting experience it offers. The cost of Nepalese citizens is cheaper than foreigners. However, there is not any huge contrast in the cost, making it an affordable and easy fit for all. The cost of Paragliding in Pokhara includes the photos and videos of the gliding adventure. 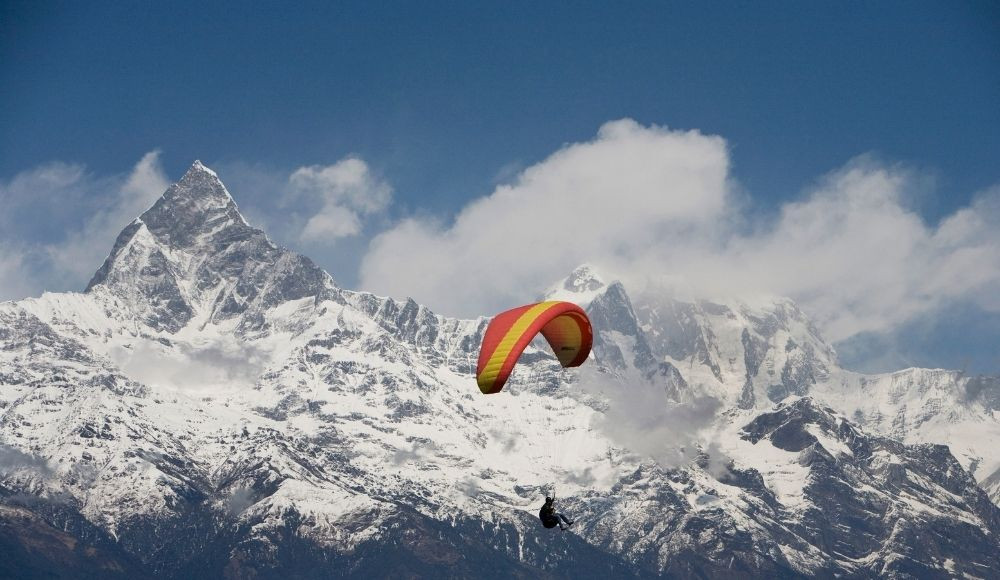 The paragliding cost is different for Nepalese citizens in Pokhara. Nepalese nationals get a little privilege in paragliding and the cost is comparatively cheaper for Nepali citizens.

Paragliding cost for other nationals:

Paragliding cost for foreigners, that includes nationals other than Indian, Chinese and SAARC nationals, is different.

The above-mentioned cost of Paragliding includes:

The mentioned cost doesn’t include:

Select a trip or an activity that you want to experience.

Let us know the date you prefer and your contact details.

After your full payment you will receive a service voucher from our end and enjoy your trip.

Best Time for Paragliding in Pokhara

Paragliding is round the year activity, however, the best favourable time for Paragliding is September to December and February to May. During these months, the climate is normal and you can see the clear views of the mountains and lakes from the sky. Furthermore, this time is also favourable for sightseeing and other adventure activities.

Autumn Season
The months of September, October, November and December are Autumn months. During this time, the weather is very favourable, not so cold and very moderate. This is the high time you can see the sky of Pokhara full of Paragliders. Also, the Dashain and Tihar festivals fall in this season, so many people travel this time to enjoy the vacation in Nepal.

Spring Season
The month of February to May is the Spring season in Nepal. During the months of Spring, the sky is clear and weather is favourable as the climate and temperature is moderate. Also, Spring is the best season for Paragliding as you can explore the blooming florals and the beautiful Rhododendron. The greenery in the hills of Pokhara is captivating and the view is very clear from the sky.

Paragliding is not difficult and a wonderful activity for adventure lovers. The amazing beauty of the mountains and the astonishing atmosphere seen from the sky lures a lot of visitors every year.

The paragliding activity in Pokhara witnesses a good mass during the high season. It is basically during the months of September, October, November, December, February, March, April and May. These months are comparatively favourable as the sky gets clear and the climate is wonderful.

The months other than aforementioned are Low season or offseason. During this time, you can still do Paragliding and get the most of it. During the high season, the cost of Paragliding is higher than during the low season.

The months of June, July and August are low time for Paragliding. Due to monsoon, the Paragliding is uncertain and most of the time it is not so favourable in terms of climate and weather conditions. However, safety is the utmost priority of every paragliding company, so, the operators only conduct Paragliding if it is safe enough to undergo.

The months of September, October, November, December, February, March, April and May are considered High seasons. During this time, many people visit Pokhara for Paragliding and the weather seems quite jolly and the atmosphere is very adventurous.

The spectacular views of the mountains, on a clear day, offer the mind-blowing views in the sky of Pokhara valley. In the High Season, the cost of Paragliding is normal and it is difficult to get discounts on offered prices.

Locate us on google map to book your Paragliding activity in Pokhara, you can call/email us to book in advance.