Newari Cuisine - The Most Popular Newari Food in Nepal

Newari food combines the influences of different cultures with the local vegetables, lentils, dairy products and meat from animals such as buffalo, goat and chicken. 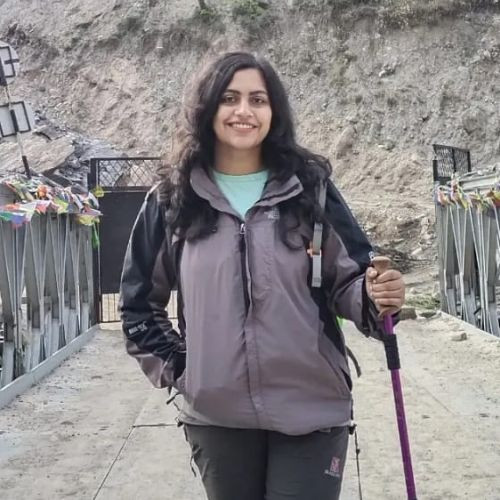 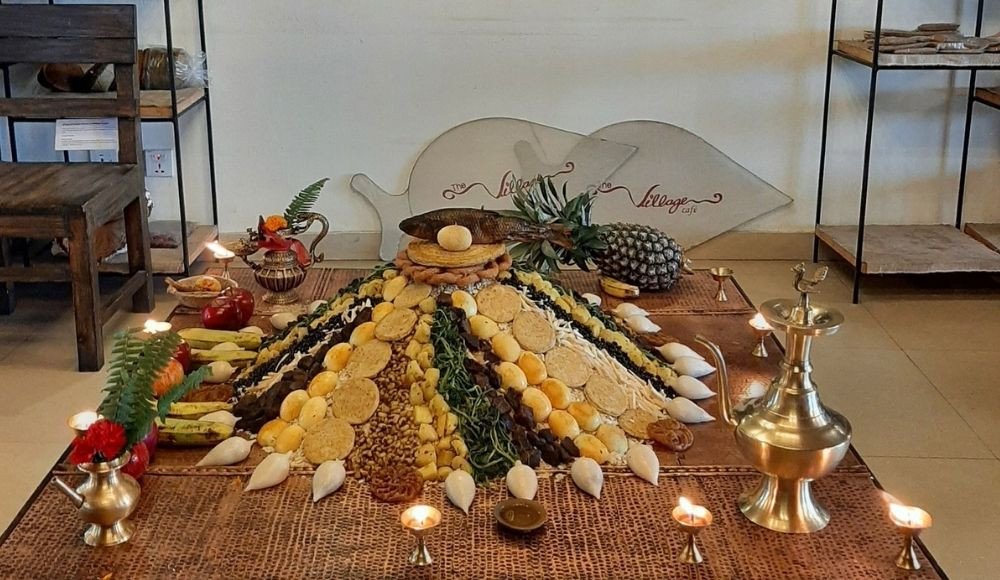 Newari cuisine is a style of Nepalese cuisine that evolved over the ages in Kathmandu among the Newars. The country's most renowned culinary specialty, in which over 200 meals are included, is Newa cuisine. Food is essential to Newar culture. Food is prepared for various occasions, depending on the weather and nutritional requirements of the body. The lavish eating of Newars has earned them a reputation. Dining rituals during feasts and events have spiritual significance.

The Newari cuisine was created over the years by the Newars of the valley. Because they are the native people of the valley, Newars have been farming this fertile soil for many generations. There are more than 200 distinct dishes in Newari cuisine, each with its own unique taste that you will not find anywhere else.

The Newari foods, which grew out of Nepalese cooking, have established themselves as one of the most popular and important on the Nepalese menu. For generations, Newar people in Nepal have been developing their own cuisines. It's impossible to overemphasize the significance of food in Newar culture.

The unique flavor and variety of traditional Newari cuisine have been appreciated for decades. Nepal is home to a number of distinct ethnic indigenous groups, namely the Newars. The culture of the Newars is very colorful and food plays an important role in their cultural lives. Newari cuisine is more diverse than any other Nepali cuisine.

The diversity of Newari cuisine is due to the Newar people's habitation. They have been living in Kathmandu for many years, which has the best farmland. As a result of this, they had access to a wide range of crops, resulting in a varied diet. The Newars, like other ancient peoples, have a rich culture owing to their unique way of life. The Newari people are bound together by their customs and celebration of numerous holidays, which creates a sense of brotherhood and collaboration. Another element that contributes to Newari people's closeness is their rich diet culture. Almost every Newari holiday includes the preparation of customized Newari cuisine and sharing it with family, friends, and acquaintances.

The traditional meal, which is Ja (Daily Rice Meals served with Ken (Lentil Soup) and Tarkari (Vegetable Dishes), is the first portion; second are the regular snack dishes, which are Baji (Beaten Rice eaten with Vegetable or La (Meat Dishes) as the Afternoon Snack). The last is the Bhoye [Feast] which comprises meat and vegetable dishes served with beaten rice.

It might be difficult to pick any Newari cuisine from the menu due to the numerous selections. When you're having it for the first time, it's especially tough. So, here are some must-try dishes from the traditional and delectable Newari cuisine that you shouldn't miss:

Choila, also known as chhwela or Chhoyela, is a popular Newari dish made with spiced grilled buffalo meat. Chhoyela is often eaten with rice flakes (chiura). The flavor of Choila is very fiery and mouth-watering. It is a popular ingredient in festivals among the Newar community, and its presence in meals is necessary during certain occasions. It is one of the major ingredients used to make Samay Baji. 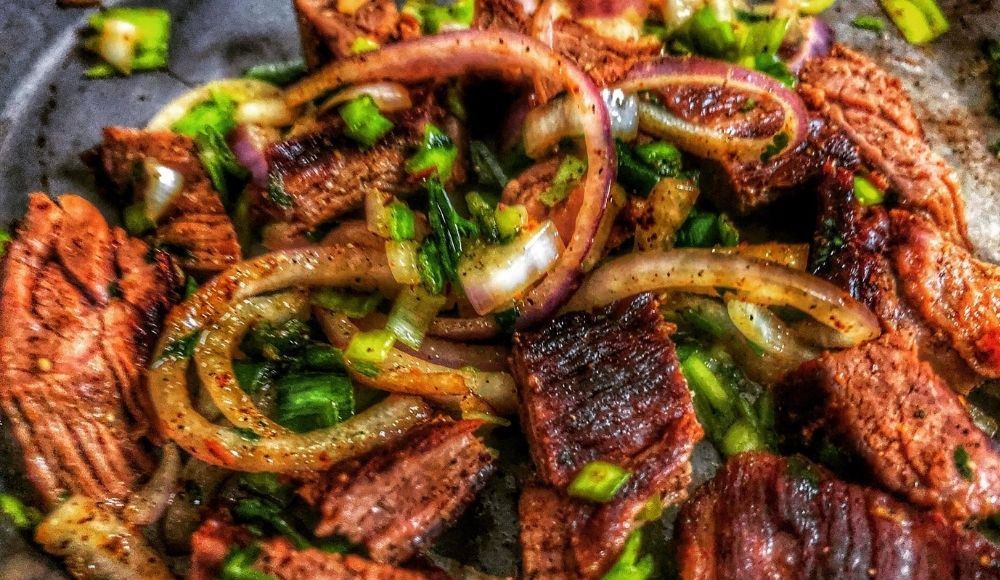 This is one of the spicy foods that Newars enjoy, and it's all about the spices. Of course, there's salt, cumin, chilly flakes, and turmeric, but then again it all depends on where you eat this dish. Because each family has its own modifications, the flavor varies from location to location.

Sapu Mhicha is a Nepalese specialty that consists of buffalo leaf tripe stuffed with bone marrow. It's cooked and fried, just like other dishes. Sapu Mhicha is an exclusive flavor from the Newari cuisines of the Kathmandu Valley. 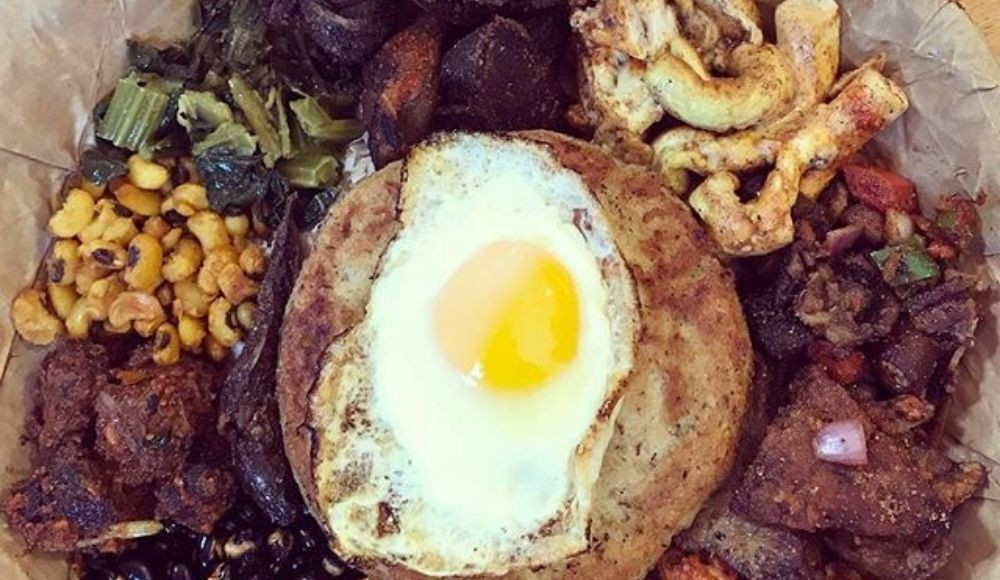 The marrow becomes jellified after being fried and the skin becomes crunchy. When you bite through the skin, the insides become emulsified with flavors. It's smooth and mild on the tongue, with just enough of a spice flavor to keep it interesting.

It's also called "Newari Pizza." It's a pizza-like dish with a range of toppings. It's a typical and traditional Newar specialty that's only available during special occasions for the entire family to enjoy. 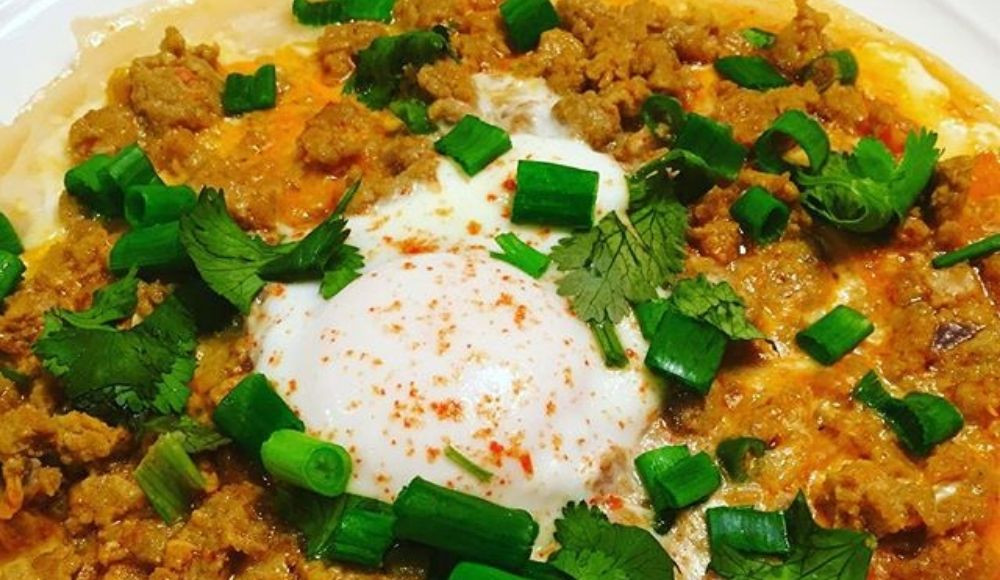 Chatamari is now commonly consumed as a snack and may be found on many restaurant menus. People enjoy adding eggs, beef, corn, mushrooms, onions, and other ingredients to their Chatamari dishes according to their likes.

Bara is a popular, healthy, and hygienic Newari traditional dish composed of black lentils. It's one of Nepal's most beloved meals, and it's also nutritious and tasty. 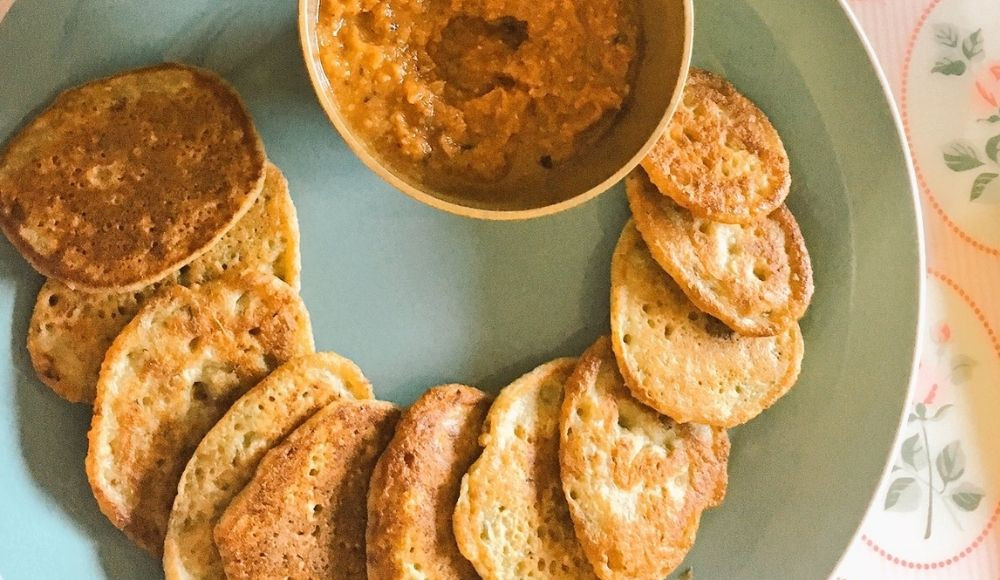 The beans are soaked overnight in water and washed multiple times the following day till the bean peel comes off. After that, it is ground into a thick paste with spices, ginger, and salt added to taste as required. Customers may select the top of the bara, egg, meat, or vegetables. The Newars practice a variety of rituals around the celebration of their culture.

Yomari, also known as Yamari, is a Nepalese Newar sweet dish made with rice flour and filled with sweeter ingredients such as Chaku (molasses) or Khuwa. The delicacy plays a vital part in Newa culture and is an essential component of the festival Yomari Punhi. Yomari is considered to be a local creation that is both delectable and beneficial. 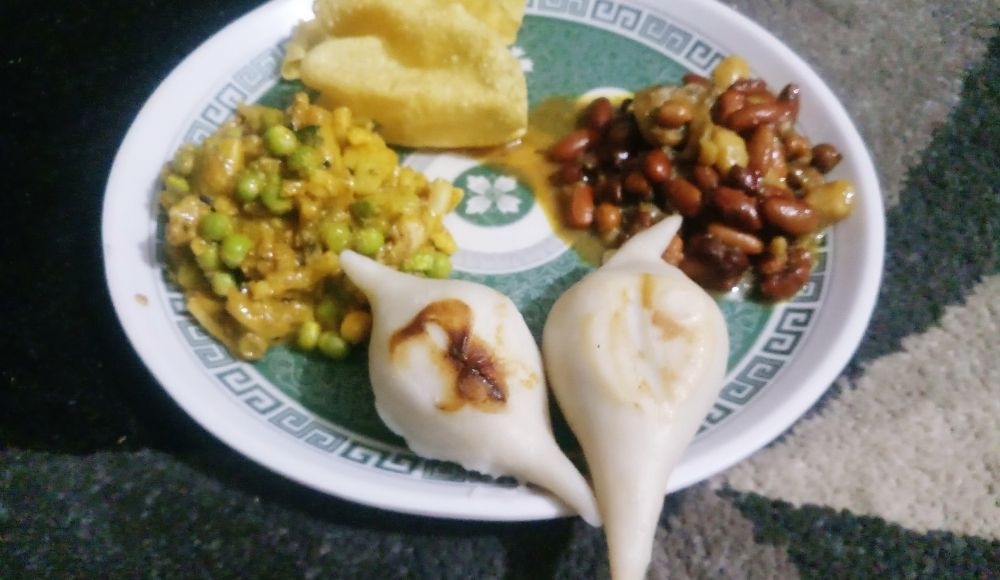 On the full moon of Thinlaa: (the second month of Nepal Sambat) or Marga Shukla Paksha, Newa communities gather to celebrate Yomari Punhi, when they make yomari in all shapes and sizes. It is adored and liked by everyone since it is a delectable dish to eat.

Lakhamari is a Newari confection that comes in two forms. It's a hard and crispy sweet that melts in your mouth like heaven when you eat it. It's one of Nepal's most well-known desserts, and it's also available in the market stalls throughout Kathmandu since the majority of valley residents are Newar people. 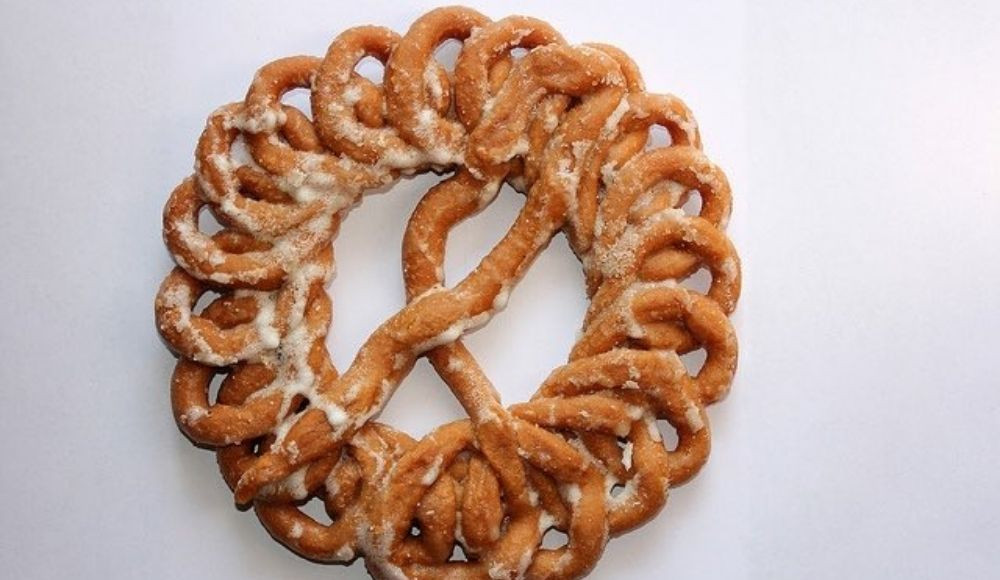 The main ingredients are flour, sugar, and butter. In Newari wedding traditions, a beautiful and large Lakhamari is utilized. It's quite sweet, crispy, and delicious. On a daily basis, it's eaten as a snack.

The Newari people's rice beer is called Chyang in Nepali. It's a very popular Nepalese beverage made from rice that's commonly consumed at almost every jatras and ceremony. It is prepared after the rice is soaked and fermented for several days. Chyang has a sweet and a sort of tangy flavor. 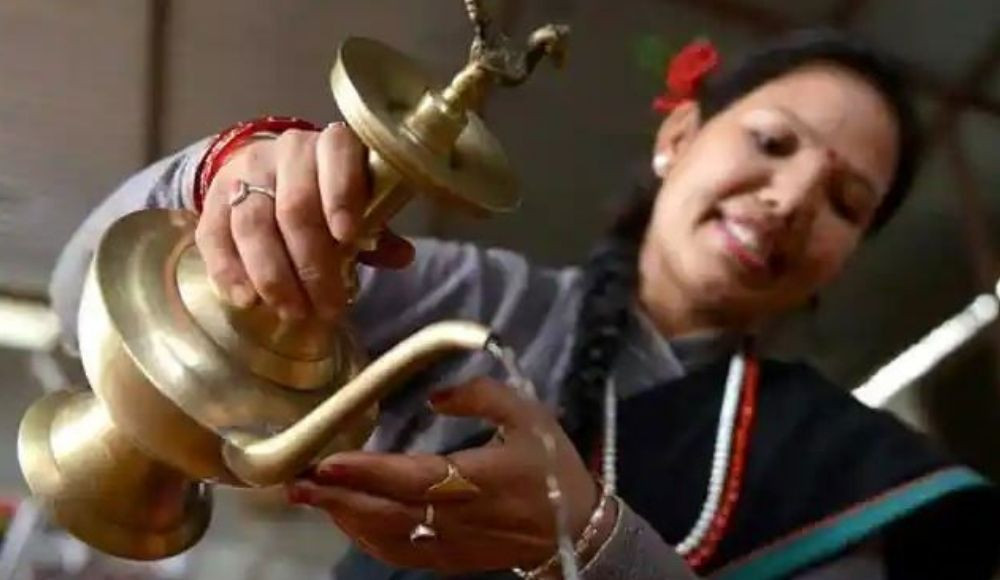 Samay Baji is a classic and traditional dish that is often served as an appetizer or the first course of a meal. It is synonymous with beginnings and celebrations among Newars. The dish stands for good luck, fortune, joy, and longevity. 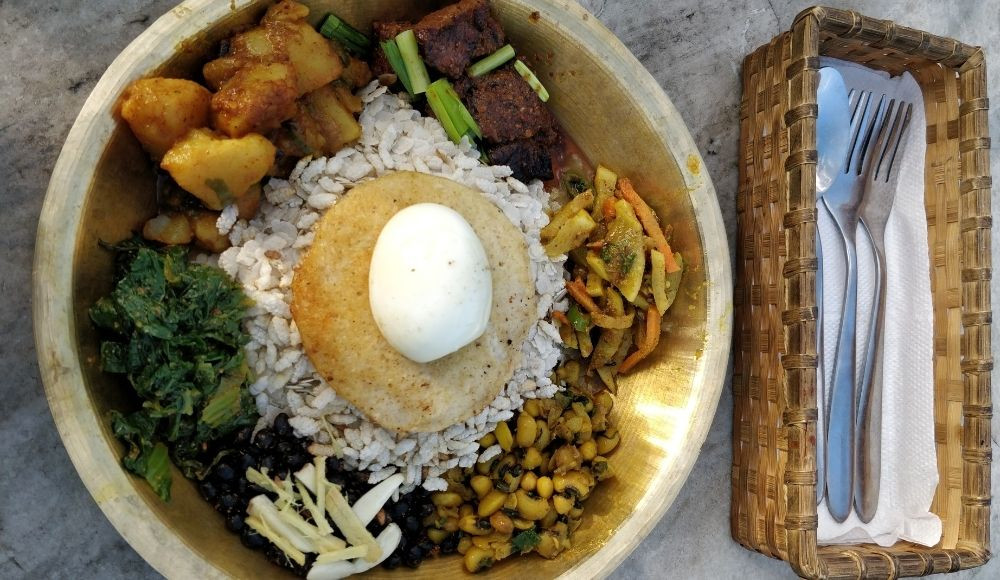 Samay Baji consists of many items on a single plate. The items are:

There are also side dishes, such as spicy potatoes, spinach, and boiled beans, to complete the meal. (local white wine specific to Newars) The dish is completed with a pickle made of radish, cucumber, carrot, and sour berries known as achar (lapsi). It's a hearty supper served on a plate.

The most well-known brand of yogurt in Nepal is Juju Dhau, which is made especially in the Bhaktapur Valley of Kathmandu. The Newars make a sweet yogurt known as "Dhau." In the Newari language, Juju Dhau means "The King Yogurt." 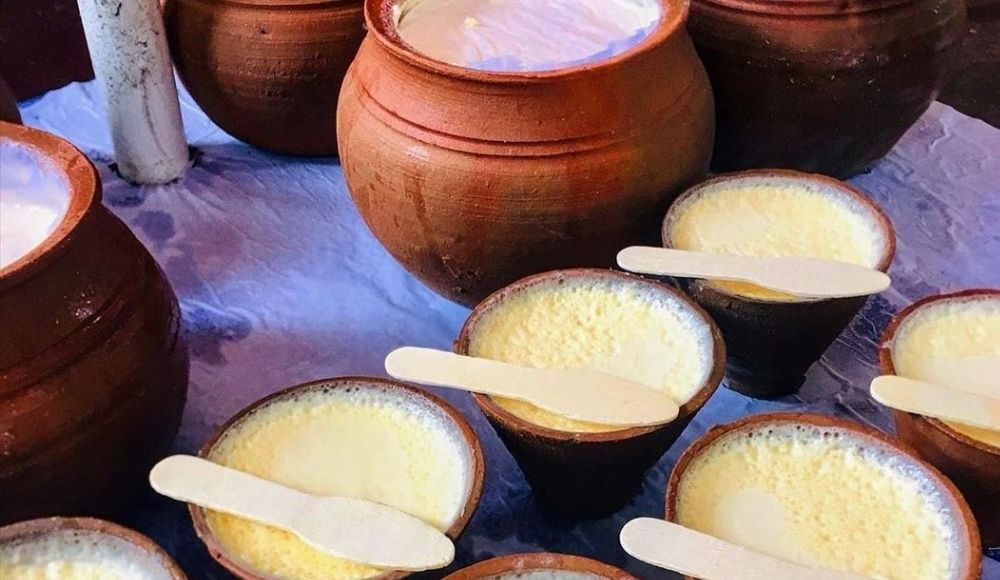 It is a delectable and aromatic dish that your taste buds will undoubtedly enjoy. It has great significance in the Newari community during celebrations.

Gwaramari is a Nepalese Newari specialty that's quite popular. Gwaramari means "round bread" in the Newari language. It's a traditional Newari breakfast dish that's often accompanied by chutney or milk tea. Warm is the best temperature to serve it. 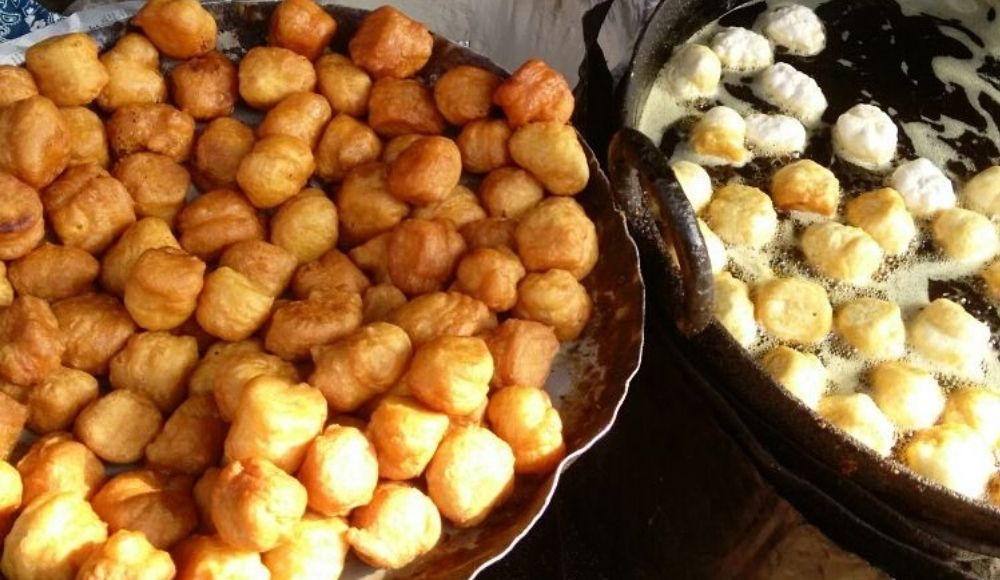 Kachila is a Newar specialty dish made with marinated raw minced buffalo meat. The name kachila comes from the words Kachyu, which means raw, and La, which refers to meat. It is  one of the most well-known Newari delicacies and is preferred by the Newari cuisine lovers. 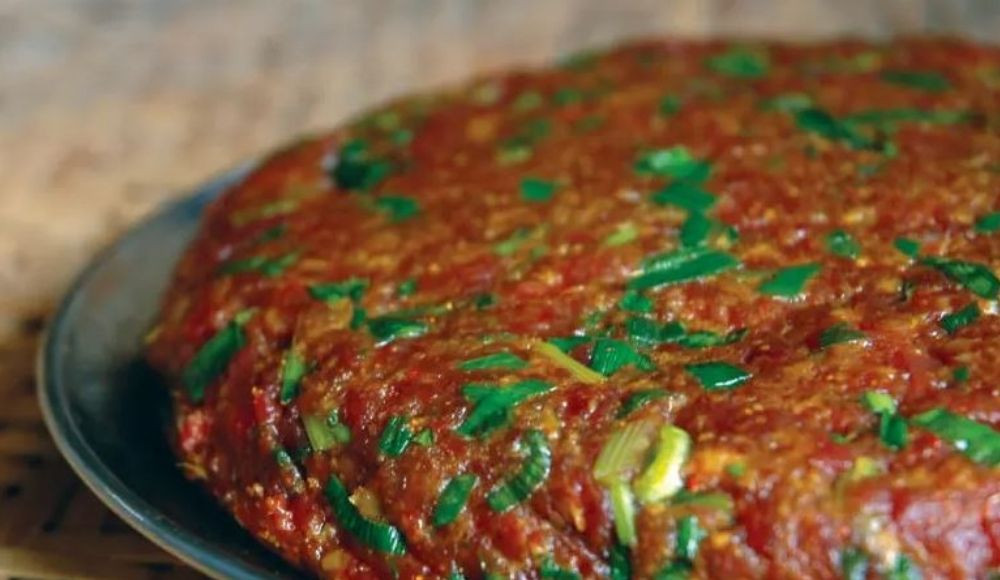