The world's only non-quadrilateral flag.

Nepal Flag – A Unique Flag in the World

The original flag of Nepal can be drawn only through the mathematical process. It is considered as the most mathematical flag of the world in existence. 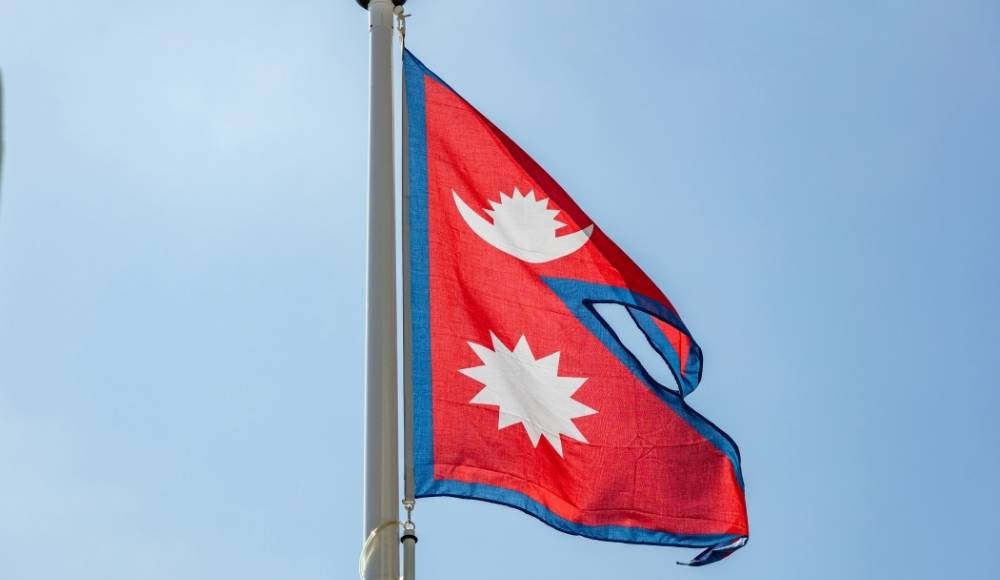 The modern flag was adopted on 16th December, 1962. The faces were removed from it to give it a modern look. Meanwhile, the actual size and the ways to draw the flag of Nepal is also written in the constitution of Nepal.

What does the Nepal Flag Symbolize?

The mathematical flag of Nepal is different and unique from the rest of the world. From its past days, till now, the actual shape, size and the colours used in the flag is as usual. However, there used to be faces on the moon and the sun which was later removed to give it a modern look to the flag. In addition, there is a deeper meaning in every aspect of the flag. The shape, colour and even symbol represent something. As long as there is the existence of the sun and moon in the universe, Nepal will maintain its entity.

The flag of Nepal is made up of two triangles. The two triangular tips represent the mountains in Nepal. The flag also symbolizes the Terai region and hilly region. You can see this after overlapping the flag of Nepal. Pagoda-style also can be seen in the flag after placing a mirror in the hoist side of the flag.

The sun in the Nepal flag symbolizes fierce resolve whereas the moon symbolizes that the Nepalese are soothing and calm. People also say that the moon represents shades and the cool weather in the Hilly region and Himalayan region. Similarly, the sun represents the heat and high temperature in the terai region of Nepal.

How to Draw Nepal Flag?

(A) Method of Making the Shape inside the Border

(B) Method of Making the Moon

(C) Method of Making the Sun

(D) Method of Making the Border

Note: The lines HI, RS, FE, ED, JG, OQ, JK and UV are imaginary. Similarly, the external and internal circles of the sun and the other arcs except the crescent moon are also imaginary which are not shown on the flag.

On 23 August 2014, an event took place at Tudikhel, Kathmandu organized by the Human Values for Peace and Prosperity. At this event, more than 35,000 people participated to form the largest human flag of Nepal. Previously Pakistan held the record for Largest Human Flag with more than 29,000 people participating. The main motive of this event is to spread the message all over Nepal that all of the Nepalese stay under the same flag.

Meanwhile, a helicopter was also used to take the picture as well as videos of the event and was later sent to the Guinness World Record for the verification. An NGO of Nepal (Human Values for Peace and Prosperity) played a vital role in this event carrying the slogan “Breaking the records to unite the hearts.”