Visit to the one of the historical monuments of Nepal! 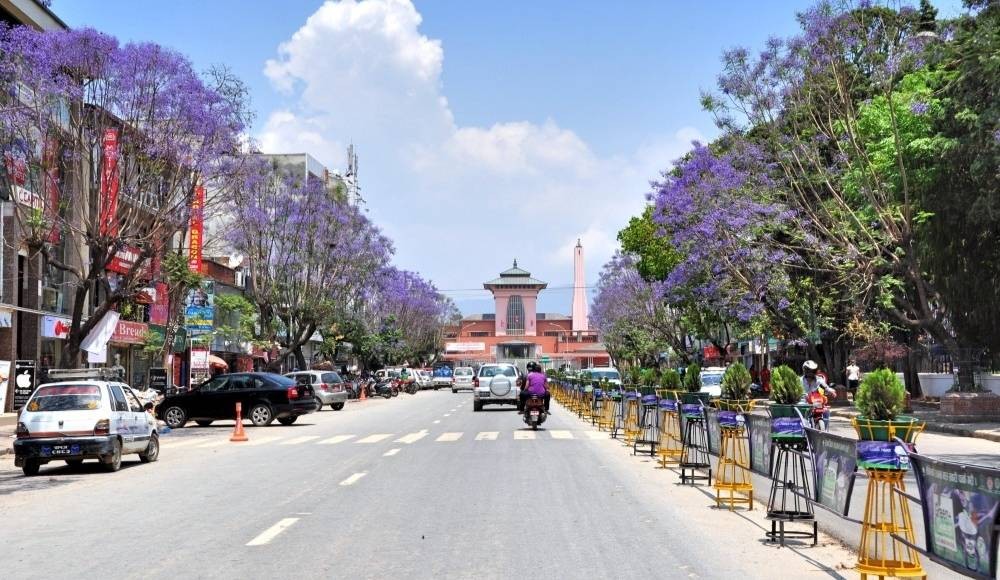 Narayanhiti palace museum carries an important history of Nepal. A memoir of the disheartening Durbar Massacre, a history of abolishment of the Kingdom, and a history of the establishment of democratic Nepal. The place is the former Royal palace of Nepal.

This royal palace is a mark of royalty and luxury. The palace holds a bitter mystery about the massacre and the lifestyle of Nepalese monarchs. There are 52 rooms whose nomenclature is after some of the districts of Nepal. Moreover, after the fall of the Monarchy, this palace was opened to the general public in February 2009 by the decision of the parliament of the Federal Republic of  Democratic Nepal.

Long served as the residence and principal workplace of the reigning monarch of the kingdom of Nepal, now a museum, Narayanhiti Palace lies in Kathmandu. Narayanhiti’s literal interpretation is of two words ‘Narayan’ and ‘Hiti’. Narayan is a form of the Hindu god “Lord Vishnu'' whose temple is located opposite the palace and ‘hiti’ means “water spout” which is also located to the east of the main entrance in the precincts of the palace.

Everyone in Nepal probably knows that the iconic Narayanhiti Palace in Durbar Marg, Kathmandu, which was turned into a museum after Nepal became a republican state in 2008, was built by late king Mahendra. But very few know about the American architectural mastermind behind the iconic building, who died 20 years ago.

The entire palace is surrounded by a compound wall, located in the north-central part of Kathmandu. The construction started at the moment of the marriage of King Birendra Bir Bikram Shah, the heir apparent to the throne. The southern gate of the palace is located at the crossing of Prithvi Path and Durbarmarg roads. The palace area covers 74 acres of land, secured with gate-controlled walls on all sides.

Throughout the new Shah period, the site of the present Narayanhiti Palace was in control by the family of Shreepali Basnet and the Kaji Dhokal Singh Basnyat family. The title of the site then changed to different beneficiaries. After Dhokal Singh Basnyat, the site was occupied by Chautariya Fateh Jung Shah (6th Prime Minister of Nepal), his father courtier Choutaria Pran Shah and his family. During the Kot massacre of 19 September 1846 both Prime Minister Chautariya, Fateh Jang Shah along with his father Choutaria Pran Shah and brothers were killed and some were moved out of Kathmandu valley.

After this massacre, Narayanhiti Palace was taken over by colonel Ranodip Singh Kunwar. The colonel was the brother of Jung Bahadur Rana. Colonel Ranodip Singh ordered a few repairs of the old palace of Choutaria Pran Shah and used it as his private apartment. After thronging the chair of Prime Minister Maharaja in 1877, the renovation of Narayanhiti Durbar proceeded, but this time it became much more prosperous and spread into a multi-wing palace. 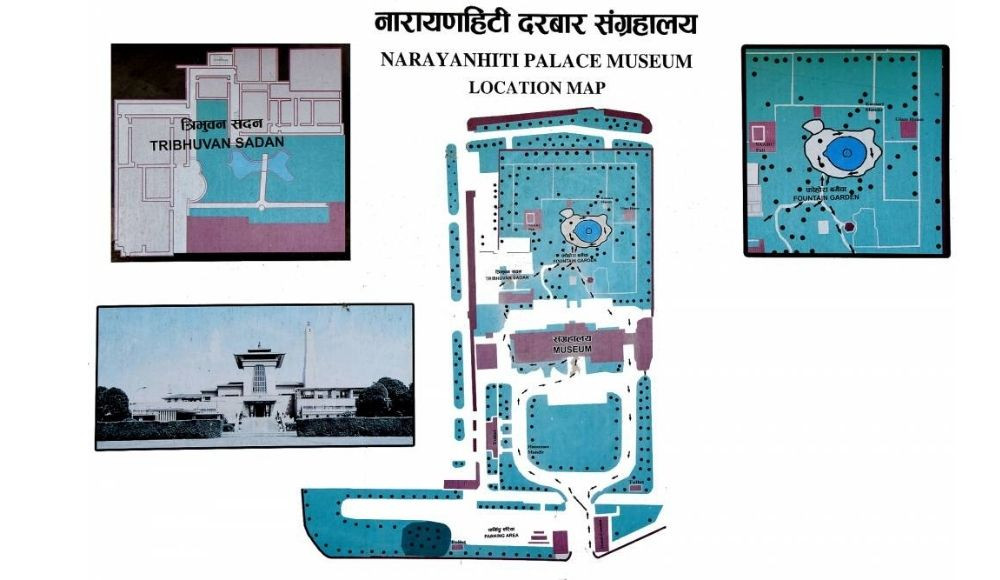 In 1934, a new renovation was made, after the Nepal-Bihar earthquake that damaged the palace partially. In the earthquake, the then King Tribhuwan lost his two infants. Under colonel engineer Surya Jung Thapa, the renovation was completed. And a new portico and grand staircase were built.

Revered and highly admired by most of the Nepalese, on the first of June in 2001, the queen along with 8 other members of the family died in the massacre. This all took place in an out-building which has now been demolished, there are plaques where each shooting took place. However, the identification of the culprit and the defendants is not yet made.

On 1st June 2001, the massacre took place at the residence of the Nepalese monarch, killing nine members of the royal family. And many got injured in the massacre.

After the death of King Mahendra, the declaration was made for the crown prince Dipendra as the king. That time he was in a coma. The assumption is that he already died before the declaration of his kingship. After the massacre, the kingship also went to prince Gyanendra, brother of King Birendra Bir Bikram Shah. 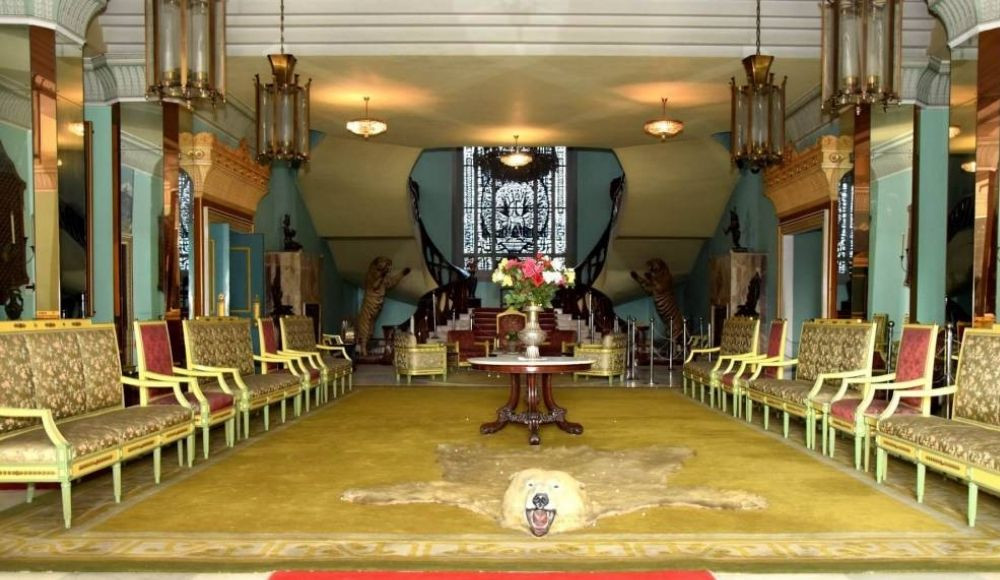 Citing the various sources and eyewitnesses, the report by the duo concluded that Crown prince Dipendra opened fire at the palace while royal family members were attending the customary family dinner.

The crown prince first shot his father, King Birendra, his mother, Queen Aishwarya and seven other people of the family. He also shot his younger brother Nirajan and sister Shruti, then shot himself in his head leading to a comatose situation. He wiped out the entire line of succession, so he became the king in the coma state. He survived three days in a coma and died on 4th June 2001.

After the death of King Dipendra, the second line of succession of the then Royal Family, Prince Gyanendra became king on 4th June.

The motive behind the massacre by King Dipendra remained a mystery till today. However, some international newspapers and foreign media streamed unanimously that the major motive behind opening the shot was his wish to marry Devyani Rana, second daughter of Pashupati Shamsher Jang Bahadur Rana and Rani Usha Raje Scindia.

It has been highly rumoured that the perceived chief beneficiary of the massacre, King Gyanendra had some hand in planning. The unpopular opinion remained that Prince Paras was present during the time of the massacre but escaped unhurt. But it is also a very shallow theory that has not any credible sources from the inside.

These theories are all unproven conspiracies. There are several other conspiracies that are rumoured upon but the actual evidence and story is still a mystery. Nobody knows what actually happened in the Palace that night leading to the royal blood bath.

Abolishment of Monarchy in Nepal

The throne went to the surviving son Gyanendra shah but his reign only lasted for 7 years. Up until 2005, he suspended the constitutional monarchy. In direct authority saying, it was to suppress the Maoist insurgency. After much rebellion over this decision, he reverted back to the constitution in 2006.

All this led to much torment amongst the people and Nepal abolished the Monarchy and became a Republic in 2008. The whole period of the insurgency had propelled the entire country into a state of civil conflict to a much larger magnitude. 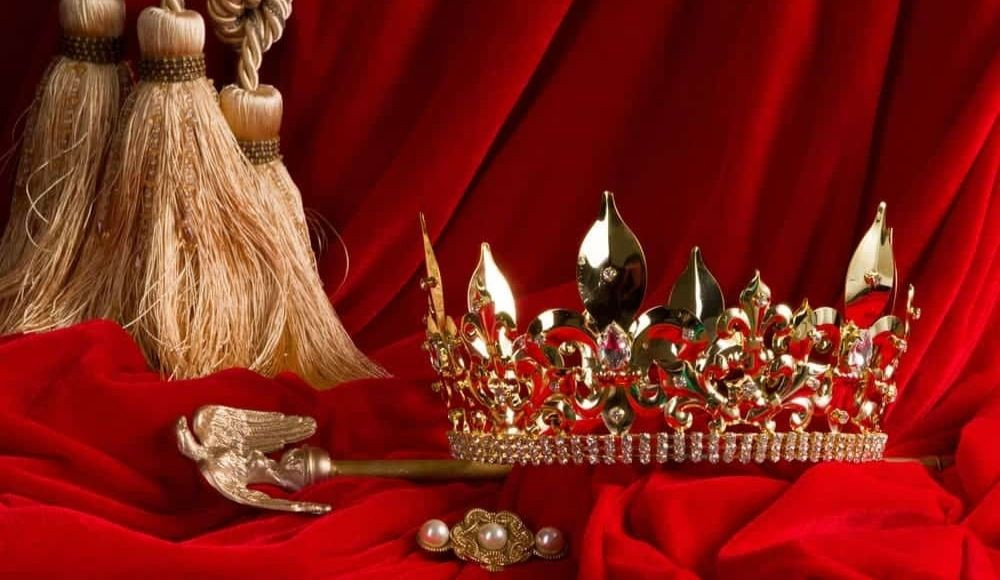 On 11th June 2008, King Gyanendra left the Narayanhiti Palace and moved to his new residence Nagarjuna Palace. After his departure, the royal properties including the diamond- and ruby-encrusted Crown and royal sceptre and all the other crown jewels and assets became the property of the Government of Nepal. The departure of King Gyanendra is regarded as a major symbolic moment in the fall of the Shah dynasty that unified Nepal through military conquest in the 1760s under the reign of King Prithvi Narayan Shah.

The royal palace was turned into a museum after the establishment of the Republic of Nepal. Later, it opened for the general public.

Narayanhiti Palace Museum is Nepal’s exemplary source of history, art and architecture and most importantly, the Royal life. It has long served as a Royal residence and workplace in the past. However, after the establishment of the Federal Democratic Republic of Nepal, it is now turned into a museum and is open to the general public. 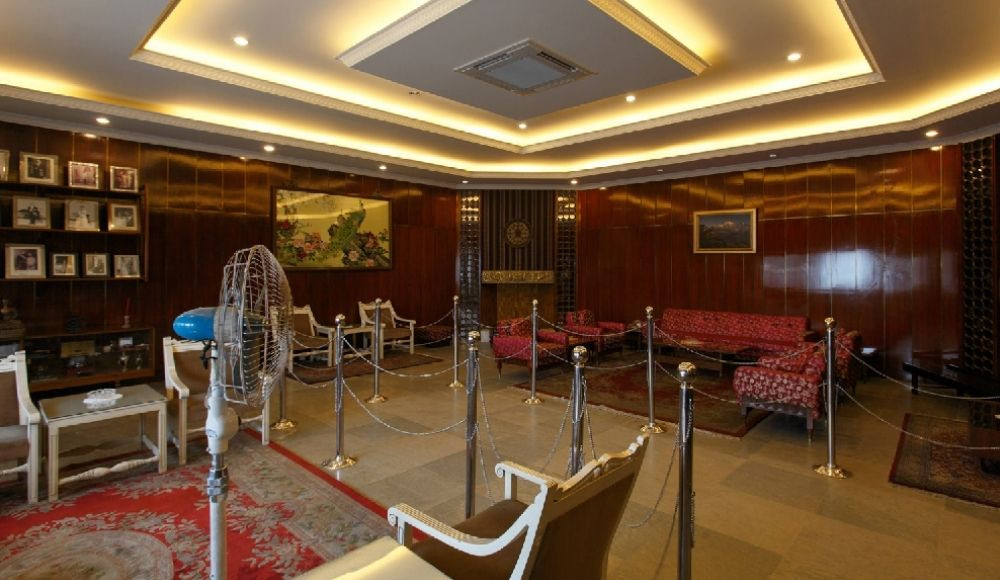 The museum boasts a wide range of royal properties, Mahendra manzil, Hindu temple spire, reception hall, courtyards, gardens, fountains, military barrack, helipads, garage, Garuda, multiple gates and boundaries. There are still bullet holes in the massacre area, near the garden. A tour around the Narayanhiti Palace Museum is an amazing experience, perhaps an experience of sorrow that devastated the royal history of Nepal in 2001.

The palace is a three-wing property that includes Private Wing, Guest Wing, and State Wing. All together 52 rooms are there in the palace and the rooms are given the names of various districts of Nepal. The rooms display the artefacts, royal utensils, photographs, paintings, taxidermied animals, and an excellent portrayal of the royal lifestyle. There are various designated areas for foreign guests, kitchens and restaurants, barrooms, royal living rooms, crowning areas, festival celebration areas, and royal bedrooms. 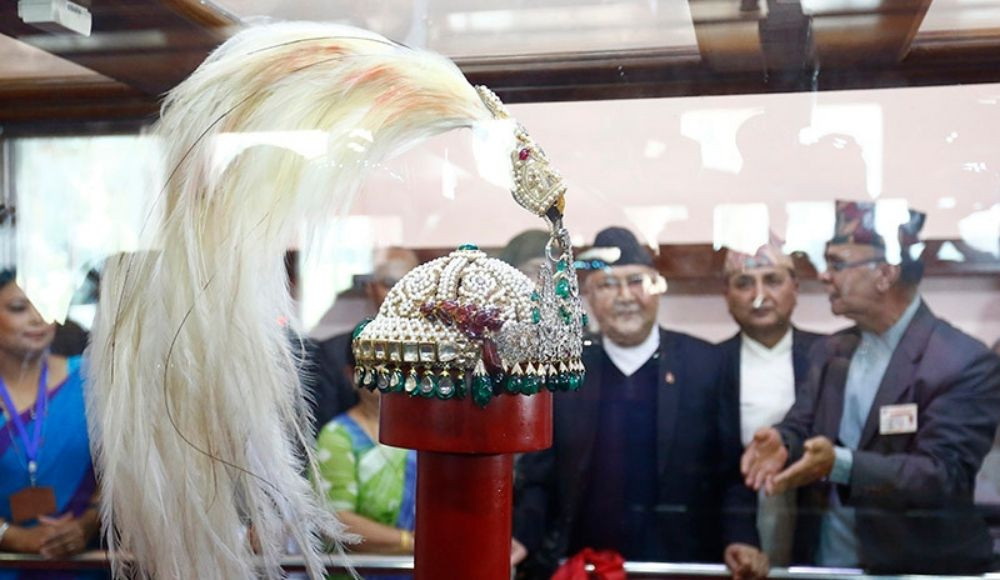 The Kaski Sadan is a reception hall decorated with tiger skin, royal gifts, various portraits of Kings and valuable sculptures. Room Jhapa and Room Ilam were used to hold meetings and waiting rooms for special guests. Saptari Room and Dhanusa Room were used for the major life events and festival celebrations.

The room where the queen used to make up is named Sindhuli and various other rooms such as Parbat, Rukum, Rolpa were designated for swearing-in, signing and credential receiving ceremony and used to house VIPs, prime ministers, chief justice, head of state and ambassadors. 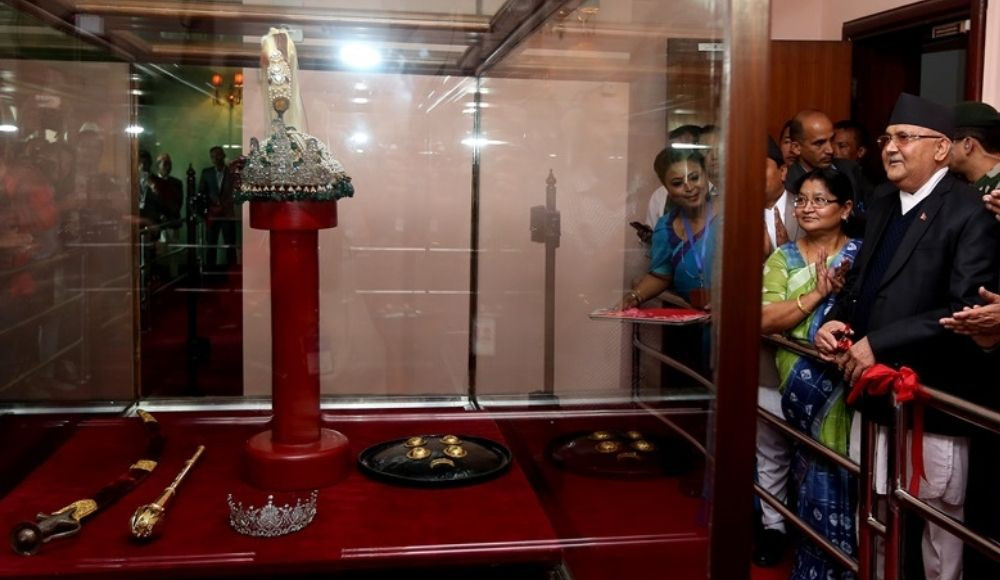 Dolpa and Tanahaun rooms are the areas around the Gorkha hall having ceremonial thrones. The banquet hall in the royal palace is named Lamjung. Room Mugu houses the different artefacts collected by the late King Tribhuvan and Gulmi is the private office of the King.

There is a room for resting for the king called Dhading and the bedroom of the then King and Queen is Dhankuta.

The Narayanhiti palace museum is open every day except on Tuesday, Wednesday and public holidays.

The entrance fees have been revised recently by the museum management as of now for Nepalese citizens is NPR 200, where students carrying an identity card can enter for NPR 50. The SAARC and Chinese Nationals have to pay NPR 500 and entry charges for other foreigners is NPR 1000. Free entrance for children up to 3 years old.

Rules and Regulations For the Visitors