‘Lo’ means new and ‘sar’ means ‘year’. Losar is an important festival for all Buddhists but it is more important to Buddhist monks. 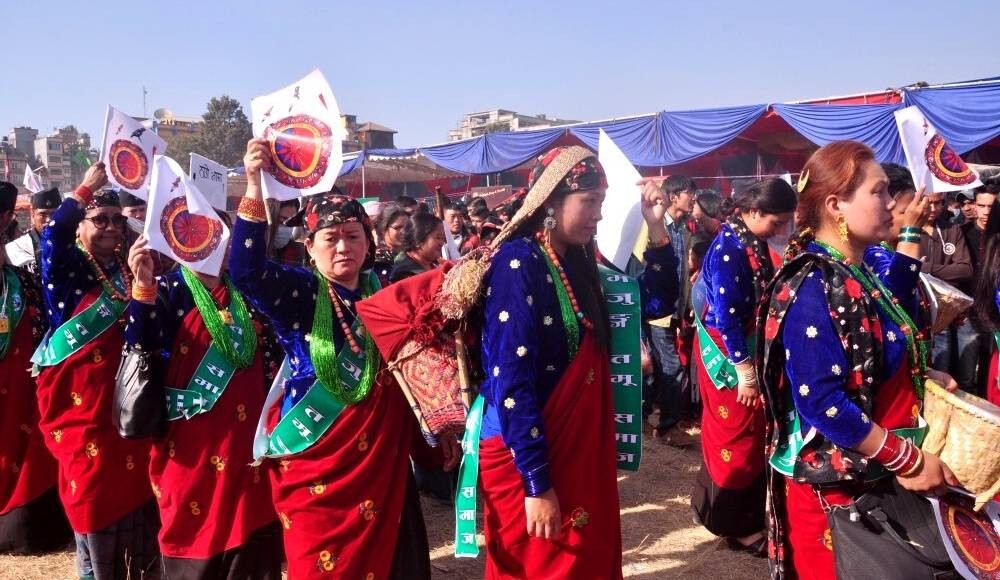 The Losar festival in Nepal is the biggest festival that is widely celebrated throughout the country. ‘Lo’ means new and ‘sar’ means ‘year’. Losar is an important festival for all Buddhists but it is more important to Buddhist monks. Monks clean their stupas to put special decorations on them.

Losar means New year and usually falls in January, February, and December. Major Buddhist stupas including Swayambhunath and Boudhanath are decorated with prayer flags during the Losar festival.

Tamu is another name of Nepal’s Gurung family. Tamu Losar is the beginning of the Sambat Tamu according to the Gurung calendar. On every 15th Poush month of the Bikram Sambat calendar, December and January in AD, Tamu Losar is celebrated.

Losar is the moment when members of the family of all ages meet and share love and greetings. Tamu Losar is celebrated by Gurungs throughout the world by organizing events in traditional outfits and cultural programs. Also on that day, they attend celebrations and festivities on Buddhist shrines. They used to gather in courtyards in ancient times around the villages to celebrate Losar.

In Kathmandu, people go to Tudikhel to celebrate Losar. Pouch 15th represents the end of the winter and the start of spring, which also makes Tamu Losar beautiful with seasonal changes.

The warm welcome and hospitality at the Losar festival resemble the plates that are served at the festival with Sel roti (Nepali Bread) and Achaar (Nepali pickles).

Gurungs separate the period into 12-year periods (Lohokor), which are called Barga (lho). Gurung men wear Bhangra, a shirt-like white cloth wrapped across the neck and opening up, like a bag on the bottom, and a kachhad, like a short sarong or kilt. In their maroon velvet Ghalek (blouses), which were amplified by large gold earrings and semi-precious stone necklaces, the Gurung female children and adolescents were seen.

The nature of good times is good humour, good company, and culture. Small and large groups had tasty Gurung dishes on the floor. Urban and ethnic music is performed. Homemade alcohol is also served.

The Buddhist Society of Nepal mainly observes the Sonam Losar Festival. Namobuddha, Swayambhunath, Boudhanath and other monasteries are adorned by prayer flags. The Losar festival in Nepal is a major festival celebrated by diverse ethnic groups.

The entire Tamang community of Nepal celebrates Sonam Losar. The natives of Nepal are the Tamangs. They are very familiar with their own culture and language in contrast to other ethnic groups.

Tamang means horse traders. On the first full moon in the month, Sonam Lhoshar occurs in the Nepali calendar, and in the English calendar at the beginning of January to the mid-Feb every year but the date may differ. On this day, people clean and decorate their house, and visit monasteries to pray and to hang flags.

Tamang people perform selo dances and ceremonies in Buddhist monasteries and stupas to win over the negative forces and provide positive support to parents, families, and the country.

Tamang music and dance performances are very famous. The famous “damfu” is Tamang traditional drum. Tamang song is known as Tamang selo which is very famous all over Nepal. Tamang people receive blessings from monks and elders for a better life.

They also prepare various dishes, homemade alcohol (local alcohol). In Kathmandu, people gather in Tudikhel and they perform the dance and sing songs, and play damfu.

Gyalpo Losar is celebrated by the Sherpa community and also it is a celebration of the Tibetan New Year. The Tibetan calendar consists of 12 lunar months and the first day of the first month is Losar.

Sherpa, Tamang, Bhutia, and Yolmo celebrate the Losar festivals. Various communities and places are celebrating their way. This Losar is celebrated for almost 2 weeks. During the first three days, the major celebrations take place.

Chyang (Tibetan beer) is a drink called changkol on the first day. The second day is known as Gyalpo Losar (New year). Third-day people gather and share their love, respect and get blessings from their elders.

The houses are cleaned; the kitchen in general needs to be properly cleaned because that is the spot the family eats. For the New Year celebration, several different dishes are served.

Among all dishes, soup is served with dumplings called Guthunk. The soup consists of meat, rice, potatoes, wheat, yak cheese, green peppers, and radishes. Families meet to tidy up their homes the day before Losar.

Once the clock hits midnight, “Tashi Delek” will take over the traditional greeting and friends and family will stay late to welcome each other in the New Year. In local monasteries where they performed many traditional ritual dances that represent the battle between devils and gods.

The Tibetan calendar is a 12 months or 13 months calendar based on the lunar calendar. Losar begins with the first day of the first month in the Tibetan calendar when the vision of the new moon. Losar and Chinese new year are on the same date, but they can sometimes have a day or even a lunar month difference.

It is a little different from the Losar festival in Nepal. The three-day celebration, with rituals, prayer flags, gatherings, folk dances, friends, and family events, is observed worldwide by Tibetan people. Guests welcomed to the house were served tasty Tibetan foods such as Dresi, Kabsay, Guthuk, various types of fish, rice, butter tea, and other meals. Family members visit the shrine to pray and gives monks gift.

Houses are thoroughly cleaned, the family wears new clothes during the festival and the family adjust presents many healthy options. The 8 positive signs and other symbols were painted in white powder on the walls of the house and hung as wall hangings. The monasteries are also adorned with holy rituals and guarded gods.

Lama Losar is the First Day of the New Year when all Tibetan Buddhists congratulate and wish each other happiness for the coming year and also get blessings from their Gurus. Barley seeds and tsampa are prepared to house changes for a good harvest. Tibetan ladies get up early to prepare a Dresi. Families also go to the monastery to pray and listen to the speeches.

On the second day, King Losar shares greetings with national leaders from the respected Dalai Lama. In old times the rulers, who would make contributions to the poor, got a tribute.

On Choe-Kyong Losar, the 3rd day of the new year, deals shall be given to different gods and protectors. People go to monasteries, stupas to pray and they hang huge flags. Just three days later the Tibetans engaged in ceremonies and gatherings at the Butter Lamp Festival of the First full moon, Chunga Choepa, for 15 days. Moreover, the Losar festival in Nepal is one of the major festivals celebrated by diverse groups including Lama, Sherpa, Gurung.