Witness the Mountains from close!

Mardi Himal trek is the most popular short trek in Nepal.

Mardi Himal trek is the most popular short trek in Nepal. Situated at an altitude of 5,587 meters the base camp of Mardi Himal lies at 4,500 meters above sea level. With a moderate difficulty level of the trek, it is popular among all age group of trekkers. Meanwhile, the Mardi Himal trek total distance that should be covered is about 65 kilometres. Located to the eastern side of the Annapurna Base Camp, Mardi Himal trek lies under the Machhapuchre. The most difficult part of the Mardi Himal Base Camp Trek of Nepal is to reach Mardi Base Camp from high Camp.

Mardi Himal is one of the underrated trekking trails of Annapurna Conservation Area Project. Meanwhile, ACAP Permit, as well as TIMS card, is compulsory for the foreign travellers travelling in the route. This Mardi Himal trek in Nepal was officially opened in 2012 after arrangements of the teahouse and lodges throughout the trekking trails. After that, it is gaining a lot of popularity from the recent few years. Some of the popular destinations to stay over includes Deurali, Low Camp, Forest Camp and High Camp.

This trek provides you with the elegance scenery of Machhapuchre, Annapurna ranges, Manaslu ranges, Gangapurna, Hiunchuli, etc.  One can cover this trek in short time of 4-6 days from Pokhara on determining their body fitness and time. Visitors can find tea houses in the various areas of this trekking route. An advance booking could ensure the rooms at the accommodation. Mardi Himal Yoga Trek is also one of the popular activity that we are offering and detail itinerary and cost can be provided upon request.

There is no any specific best season to explore this trek. Though, Autumn and Spring are the best time for Mardi Himal trek. Winter and Monsoon would be a slight difficult season to visit. The weather here is clear and the temperature is moderate. The trekking difficulty level is moderate. Trek route to base camp isn’t very challenging except high camp to base camp.

During the months of March and April, the season of dry ends and is regarded as best months to visit Mardi Himal. Similarly, September, October, November and December have clear skies. It is one of the ideal time for trekking in almost all parts of Nepal. But during these months of the year, the chances of snowfall is high.

Mardi Himal lies in the Gandaki province and the trekking trail lies in the shadow of amazing Fishtail mountain. Pokhara is 200 kilometres away from Kathmandu and is one of the most attractive cities in Nepal. It will take about 6-7 hours to reach Pokhara from Kathmandu by road. Meanwhile, 25 minutes of flight can take you to the city of Lakes Pokhara from Kathmandu. Kande is the starting point of Mardi Himal Trek from Pokhara. Kande is 27 km away from Pokhara and it will take about an hour to reach.

Mardi Himal base camp trek can be started from several parts of Kaski district. It en-routes through Kande, Dhampus, Landruk and Siding. Initiates mainly from Kande, the trek starts with the steep climb towards Australian camp, goes down to Pothana and again climbs back to Pitam deurali before climbing to Forest camp. At forest camp, the trail starting from Landruk meets whereas, at Pothana, trail coming from Dhampus meets. Trekkers have to pass through the dense Rhododendron forest before reaching Low camp.

The vegetation completely changes after reaching the Middle camp where you’ll leave the tree line below and start walking at the steep cliffs of grasses. You’ll find the unique and unspoiled landscape of Annapurna region before reaching Mardi Himal base camp via high camp. Basic accommodation facilities are available in the upper regions of the trek. Meanwhile, the Tea house and the Hotels in the lower regions of the trek offers various options for meals than that of the upper regions.

Mardi Himal is a mountain peak in the Annapurna region of Nepal. With an altitude of 5,587 meters above sea level, it is the comparatively one of the low mountains of the Annapurna region. Although having a short altitude it has a long history. Mardi Himal was first submitted successfully in 1951 by Basil Goodfellow. After 2012 only some of the teahouse and lodges were established by the local peoples. High Camp situated at an altitude of 3,600 meters above sea level to spend the night on teahouse or lodges. No accommodation facilities are available after that.

After High Camp Hotels and Lodges are not available. Because of that all the trekkers spend their night at Hih camp and summit towards base camp in the morning and return back to High Camp or Low camp. Mardi Himal is also offered as a trekking peak by the Government of Nepal.

Similarly, Mardi Himal is one of the easiest peak climbing in Nepal. Meanwhile, no royalty fees are needed to pay to the government of Nepal for scaling the peak. Because of that many climbers nowadays are choosing Mardi Himal to summit. Mardi Himal is situated in the east of the Modi Khola and across the valley of Hiunchuli.

If our trip itinerary doesn’t suit to your holiday schedule or you wish to modify the itinerary or combines with any travel plans, then please let us know and we’ll be happy to create a tailor-made itinerary, designed especially for you. Also whether you are a student group/family group /corporate team please inquire us. we offer you a variety of packages.

At 06:00 PM: In the evening we will meet for a coffee and will brief you on the details of your trek program.

*Optionally you can add one additional night stay in Kathmandu to cover cultural sightseeing in Kathmandu as well for your trek preparation shopping.

Kathmandu Full Day Sightseeing: You will visit for a full day sightseeing in Kathmandu of Kathmandu and Patan Durbar Square, Boudhanath and Swayambhunath.

At 06:30 AM: Have your breakfast at the hotel and be ready for your drive to beautiful lake city Pokhara. Pokhara is about 200 KM far from Kathmandu, it takes Approx. 6-7 hours of drive to reach there.

At 03:00 PM: First check-in at your hotel. You will get a few hours to buy your required things for the trek if needed. If not, you can explore the lakeside area and take a rest. You will keep your extra baggage at the hotel in Pokhara.

Drive to Kande, Trek to Deurali

At 08:00 AM: Have your breakfast and be ready for the first-day adventure of Mardi Himal Trek. Today you will first drive to Kande which is the west north part of Pokhara which takes 1 hour from Pokhara. From Kande, you will follow the trail of the Mardi Himal trek through the woodlands lush forests and farmlands reaching the Australian camp (2,045 m).

From the Australian camp, you will get the first glimpse of the Annapurna Himalayan Range. Then further trek towards Pothana and finally reach Deurali for your first-night stay. Dinner will be served after 6 PM.

At 08:00 AM: This second day of the trek and you will continue moving upwards inside the forest of the Annapurna conservation area. The trail passes through a lush green forest with different species of rhododendrons. After crossing the Forest camp (2,500 m) we can see the fantastic view of Mt. Machhapuchchhre (Mt. Fishtail) which you will follow until the base camp.

At 08:00 AM: After breakfast, you will start your third-day trek towards High camp. You will continue your trek upwards climbing a hill alongside a ridge towards Mardi Himal and Machhapuchchhre. The tree lines start getting thinner and the shrubs with isolated rhododendron bushes along the trail start to see with the different landscape. You will reach the high camp, which is the final destination of the day. From high camp the mountain views are stunning.

Trek to Mardi Base Camp, back to Low Camp

At 04:00 AM: You will start your early morning hike towards the Upper viewpoint for the sunrise view. The view from the top of the high camp is almost similar throughout the trail more upwards. You will see the valleys and surrounding mountains from the upper places.

The mountains you can explore from the Upper viewpoint and the Mardi Himal base camp are Machhapuchhre, Annapurna South, Hiuchuli, Annapurna I, Gangapurna, Annapurna III, Mardi Himal, Tare Khang and many more. We then move downwards towards Low camp back. Overnight at Low camp.

Trek to Siding and Drive to Pokhara

At 08:00 AM: This will be your last day of the trek, you will move further downwards leaving the mountains behind to reach the beautiful Gurung village Sidhing. Then you will drive back to Pokhara for your overnight stay.

Drive back to Kathmandu

At 08:00 AM: On this day you are returning to Kathmandu by drive. You will get shopping time in Kathmandu and we will have a farewell Nepali dinner together.

You will be free until your flight time. We will drop you at Kathmandu airport 3 hour before your flight.

Find all details about Mardi Himal trek or feel free to contact us for any kind of support. 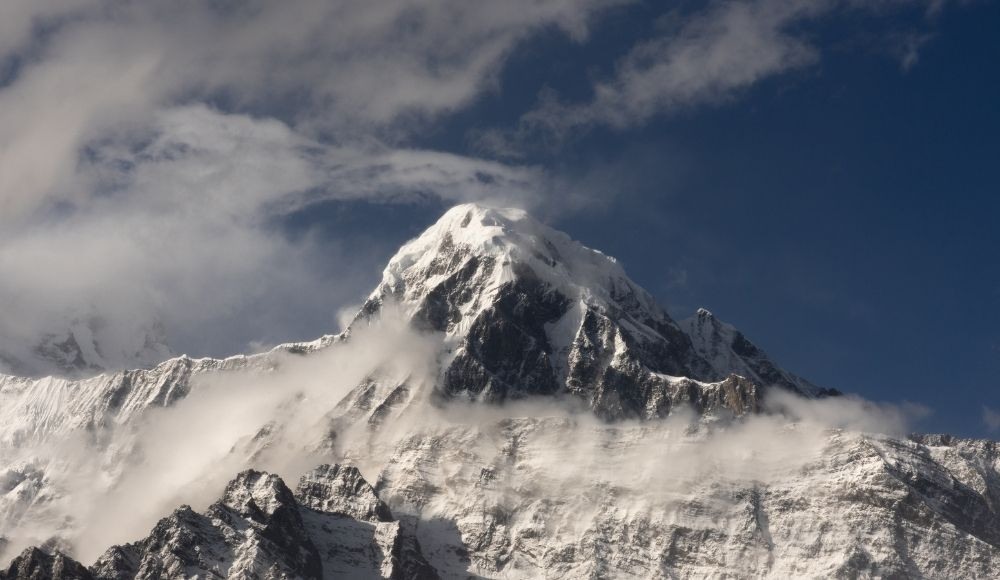 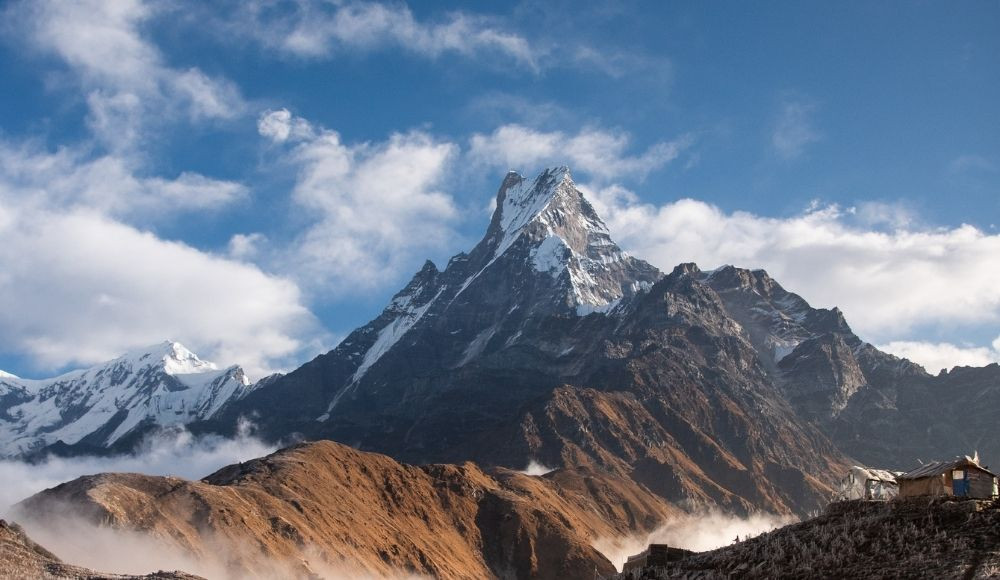 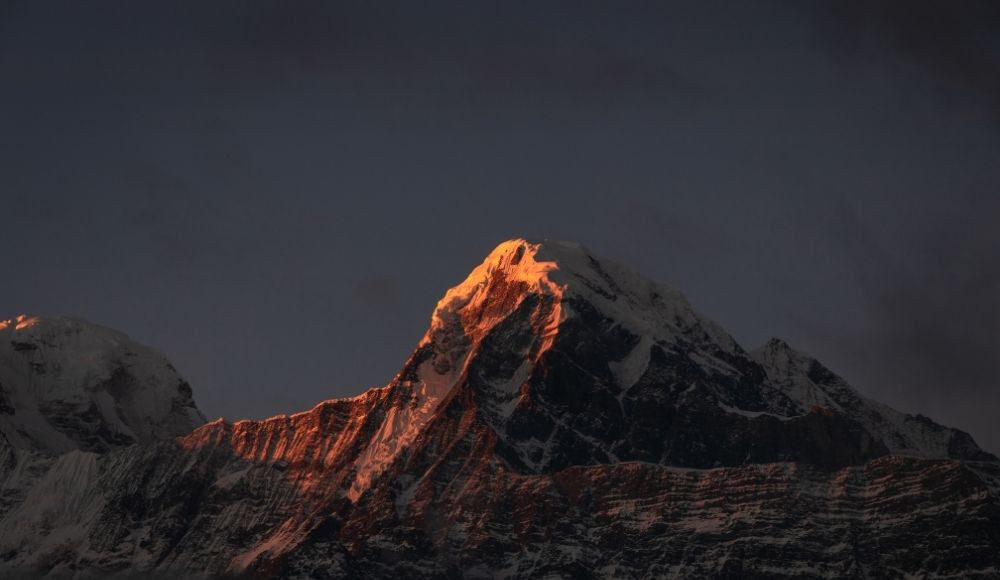