The magic of Teej is it celebrates the bond between cohabitants, uplifts compassion and honours life. 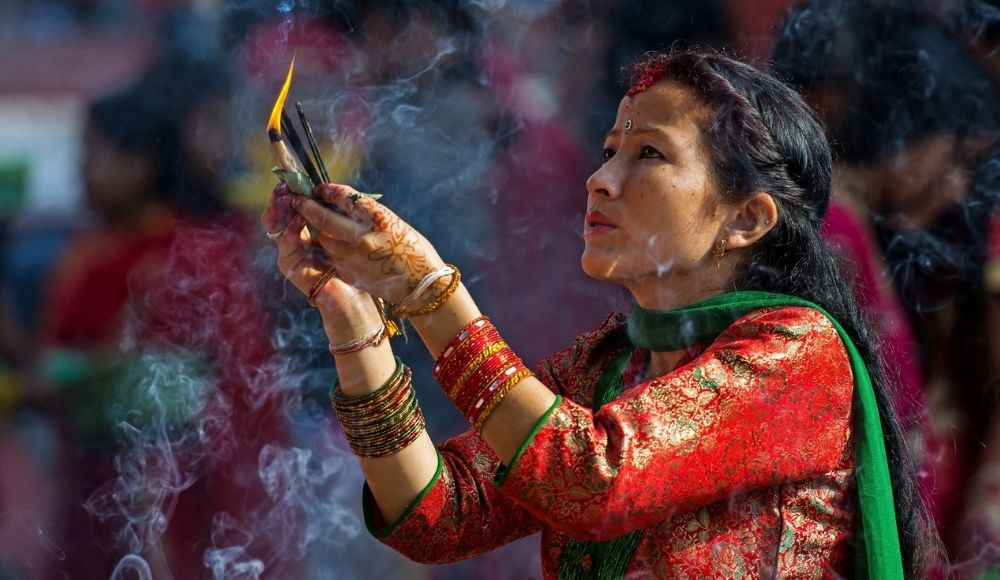 Haritalika Teej is a festival that celebrates the life of a woman and honours the creation and beautiful composition of human life. The festival marks the auspicious day when goddess Parvati, with her incontestable devotion and prayers, got Lord Shiva as her consort.

Shiva, the deity of death and time, a triple deity of supreme divinity, omniscient Yogi, demon-slayer, someone who holds the power of creation and destruction, was admired by goddess Parvati and with her supreme dedication and belief, she got him.

Haritalika Teej is a festival celebrated by women all over Nepal. Teej welcomes the monsoon season and is celebrated primarily by ladies and women, with songs, dancing and prayer rituals. Haritalika Teej Festival is dedicated to the Goddess Parvati, commemorating her union with Lord Shiva. The festival is celebrated for the well-being of spouses and children and the purification of one’s body and soul.

The festival is a three-day-long celebration that combines sumptuous feasts as well as rigid fasting. The name of this festival ‘Teej’ is believed to have come from a small red insect. Which only appears on the earth during the period of the monsoon season.

Married women fast for the long life of her husband and for a happy relationship in the family. Whereas, girls fast to get a decent husband who would love and admire her for who she is. It is the most popular festival among Nepali women.

How is the Teej festival celebrated in Nepal?

Teej is celebrated with all enthusiasm and happiness. It is the major festival of women. Having a major significance, Teej is observed with a huge celebration. Women take fasting on the day of Teej with some rituals and prayers. Unmarried women take fasting and pray to god to get a good husband whereas married women wish for the prosperity and long life of their husband. On this day, Shiva/Parvati temples are filled with followers. Teej celebration lasts three days.

The first day of Haritalika Teej is known as Dar Khane Din (feast day). On this day, women come together in one particular place wearing their most elegant dress and jewellery. On this particular day, they enjoy their time with friends and eat delicious dishes.

Women get together and sing devotional Teej songs and start dancing. Along with the musical celebration, a feast takes place with a variety of foods and desserts. Women also express their stories of love and happiness in the song while dancing. The feast and celebration last till midnight and the very next day they fast for the prosperous and long life of their husband and family.

The second day of the festival is fasting. Some women prefer to have fruit and liquid, while some keep this fast without food and even drops of water. Married women keep this fast, abstaining from food and drinks with the belief that their devotion to God will bless their consort with long life, peace, and prosperity. Unmarried women keep the fast with the hope of getting a good husband.

On this day, women wear their best dress, especially the red sari and visit the nearby Shiva temple to offer their prayers with flowers, fruits, sweets, and coins. After that, they join in singing and dancing with other women. The very important part of the Puja is the oil lamp which must burn throughout the night. It is in the belief that the light of an oil lamp all night will bring peace and prosperity to the whole family.

The last day of Teej is Rishi Panchami. This day is dedicated to the SaptaRishis (seven sages). After completing the Puja of the previous day, women worship seven sages. They offer their prayer to the deities and take bath with red mud found on the roots of the sacred Diwan (holy tree) bush, along with its leaves. The bath ritual is very important on this day. As it is believed that this final ritual of Teej is an act of purification which discharges women from their sins.

Teej usually occurs in the month of Bhadra according to the Nepali calendar (August/September in Solar Calendar) and lasts for three days. On this day, Pashupatinath and many other temples are filled with devotees.