Fermentation may have been a greater discovery than fire. 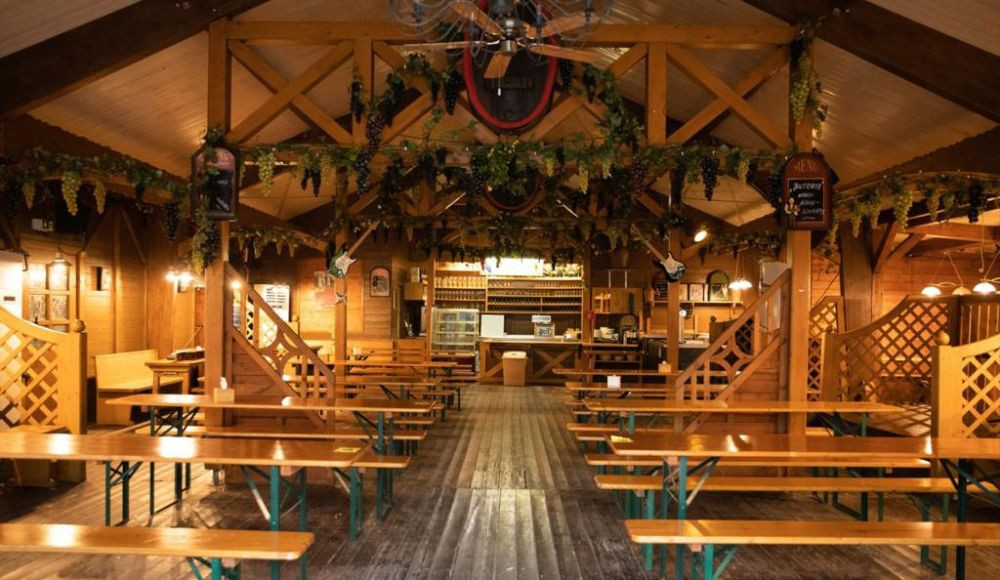 Looking to hop into an incredible world of Beers? Or Desperately trying to gather efforts to explore the amazing beer Garden in Nepal! Barhasinghe Beer Garden is one of the best Beer gardens that offers educational and recreational experiences in Nepal. Situated in Kurintar, about 101 Km away from Kathmandu, this place is one of the best places for a quick night's escape, fun and friend moment and more.

Barahsinghe's artisan craft beer, which draws inspiration from the incredible wilderness, is the ideal illustration of how nature and technology can coexist. Also, beer tastes best when all of its ingredients are obtained from the natural world, and beer only tastes good when it is produced with the welfare of the natural world in mind. The Barhasinghe’s handmade beers are created while combining and presenting new flavours serving the Beer geeks, that too, keeping in mind the country’s rich craft heritage.

The Barhasinghe’s Beer Garden in Kurintar is one of its kind in Nepal. Serving the diverse people enjoying the country, the beer has a unique client base. The connoisseurs of Beer can visit this place to try varieties of Barhasinghe Beers.

Everyone loves to eat while taking in the breathtaking surroundings. In Barhasinghe beer garden, the atmosphere is vibrant and beery and people enjoy the educational experience in the beer factory. It is also a wonderful chance to create a great outdoor environment and lively social mood. Friends and family, who are above the legal age to consume alcohol, can visit the Yak brewery in Kurintar to explore the world of Barhasinghe Beers.

The Barhasinghe Beer Garden adopts a fashionable vibe while aiming to elicit a real-world, true experience. It enhances the visitors' experience, who are dwelling to enter a world that truly honors the eminence of liquors, especially the beers. 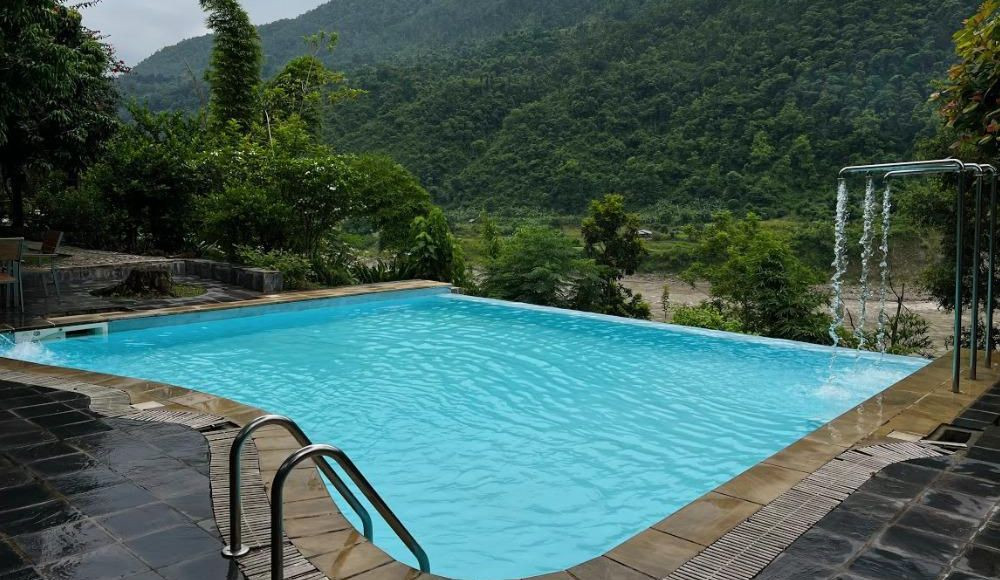 A terrific venue to sample exotic beers at Barhasinghe Beer Garden in Yak Brewing Company at Kurintar offers delectable choices of food, best accompanied by the fresh beers at the factory.

The incredibly adorned venue, mouth-watering food varieties, beautiful ambience, and beer-based experiences make this place a wonderful Beer Garden to explore in Nepal. While the place is known for its beer production, a tour inside the factory also offers a wide range of educational experiences to the visitors.

In the highway segment of Kathmandu-Pokhara, the Barhasinghe Beer Garden is the ideal place to socialize, make new friends, and feel a part of the community. The people of similar interests gather in the Beer garden to explore the production process and try the ‘Barhasinghe’. It is an ideal trip that takes you to the factory itself and enables you to experience its authenticity with on-hand experience.

If you are looking to spend time with your circle, the Barhasinghe Beer Garden in Kurintar would make a great escape from the hustle and bustle of the city and other places around. It provides a perfect beerscape and close speculation of how the drinks we consume are being manufactured.

There are several types of Beer produced by Yak Brewery in Kurintar. Some of the major types of beer are mentioned below. 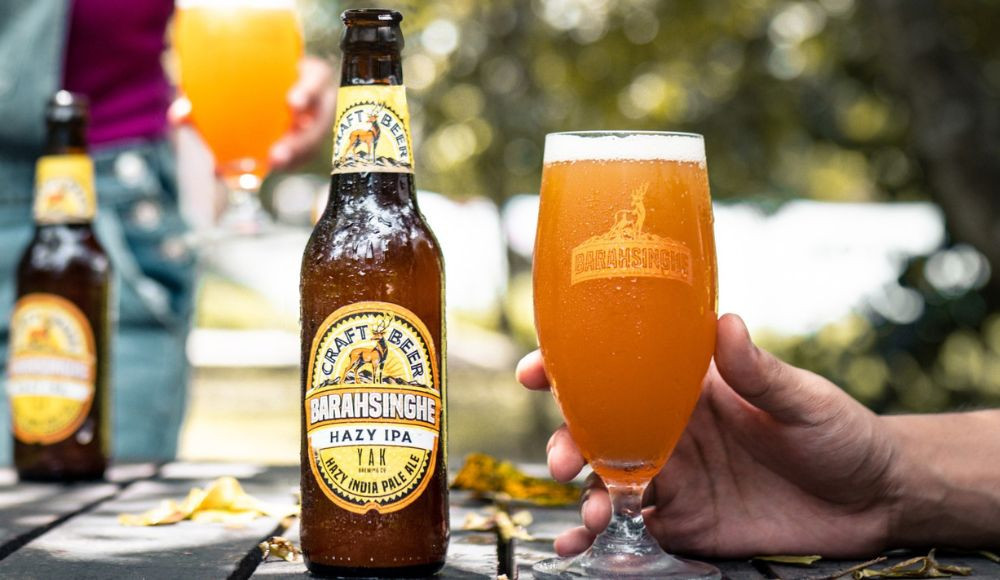 Three malts are combined to make Pilsner beer: Pilsner malt, Vienna malt, and Aromatic caramel malt. While Vienna Malt presents the rich orange color with a toasted or biscuit malt fragrance to the beer and provides it with its dry yet refreshing finish, Pilsner malt offers the beverage it's malty-sweet flavour with subtle hints of honey. Aromatic caramel malt intensifies the ‘Caramely’ flavour while also imparting a deeper color and hints of light cream toffee, nut, and honey. The temperature at which each malt is knilled influences how crafty it is.

Dunkel and Weizen are German words that literally translate to ‘dark wheat’ since Dunkel means ‘dark’ and Weizen means ‘wheat’. The Dunkelweizen is brewed using a variety of dark wheat and barley malts, making it a pretty daring malt. Because wheat malt contains more protein and gum than other types of malt, it requires more rigorous mashing to activate its enzymes.

It is a top-fermenting beer, which implies that yeast is added at a higher temperature to the top of the wort. Dunkelweizen is a distinctively dark colour and bready flavour due to this procedure.

A deep, malty, nutty flavour is added by Maris Otter malt. The beer's distinctively hazy appearance and creamy, delicate mouthfeel are a result of the use of higher protein malts, like oat and wheat. Aromatic malts are a type of speciality malt that improve the fragrance and flavour of the malt in beer.

There are several steps involved in the brewing process of Barhasinghe Beer. These beers are made mostly using German technology and have an advanced brewing system to manufacture beer. Purportedly green technology is utilized to produce the beer that is said to be environment friendly and sustainable.

Silo: The word ‘silo’ comes from the Greek word ‘siros’, which means ‘pit for holding grain’. In Asia, the ‘silo pit’, as it is known, has long been a preferred method of grain storage. The 2-row Barley malt is stored in Silos at the Barhasinghe factory in the initial stage.

Milling: The malt is gathered in the Malt Bin after milling, which involves crushing it without breaking the husk. It involves grinding the malts and thus the produced mixture is called ‘grist’.

A 6 roller mill crusher from Kunzel-Germany, known for its reliable operation and strong construction, to get the most out of the malt is used. This is where the main ingredients are prepped and readied to process in the chamber.

Grist Bin: After milling, the produced grist is collected in the grist bin. It is where the crushed malt is collected before sending it to the Mash chamber.

Mashing: The water and the crushed grains are combined to create the ‘mash’, a porridge-like substance. Here, the malt and other cereal starches are converted into sugars and proteins at 58 degrees C to produce sweet unfermented beer, or ‘wort’.

Lautering: The method of ‘lautering’ is used to separate the sweet liquid wort from the dense spent grain. At 76 degrees C, sparging water is added in order to extract the proper amount of protein. The process is called sparging. The Lauter Tun's Raking Arms then help to separate the solid from the liquid, and the false bottom makes it possible to clearly separate the wort from the used grain.

The spent grain that is not filtered through the false bottom of the lauter tun is then carried to the spent grain silo and used as an excellent source of animal feed in order to fully utilize the raw materials. It makes the process interesting. On the one hand, the malt is processed for liquor production, while on the other hand, the extracts are fed to the animals.

Holding Tank: Before being delivered to the Wort Kettle for boiling, the Holding Tank holds the wort. The wort is prepared to send to the boiling chamber from the Holding tank.

Wort Kettle and Whirlpool: By stabilizing and sterilizing the wort at 100°C, the wort kettle prevents the conversion of sugar to starch. As a result, the hops can be added to the mixture, giving the beer a fruity, earthy, and bitterly aromatic flavour.

Following the wort boil, whirlpooling is used to separate hop pellets and trub from wort. The wort kettle also functions as the whirlpool vessel due to internal mechanical differentiation, which increases efficiency. In order to achieve the appropriate separation, the wort is pushed into the whirlpool vessel at a high velocity, often around 15 feet per second.

Equi Therm Technology: Since wort boiling generates a lot of heat, the Krones Equi-Therm technology is used to re-use the heat by recirculating it to be utilized throughout the mashing process, resulting in higher efficiency with a 30% reduction in energy usage.

Membrane Filtration: The self-cleaning, self-predicting smart membrane components offer hygienic, uninterrupted, and uncompromised beer flow by filtering and cleaning independently of one another.

Bright Beer Tank: This area serves as the final holding area for the filtered and fermented beer before bottling. Until it is taken, filtered beer is kept at 0°C.

CO2 Recovery Plant: Since carbon dioxide (CO2), a byproduct of yeast activity, is necessary for giving the beer its crisp texture during bottling, a CO2 Recovery Plant is used to capture the CO2 produced during fermentation and repurpose it in the bottling process.

Smart Membrane Filtration: The self-cleaning, self-predicting smart membrane modules offer hygienic, reliable, and unhindered beer flow by filtering and maintaining themselves independently of one another.

Bottle Filling/Capping: Bottles moving along the conveyor are inspected for flaws including moisture content and breakage in front of the sight light before they reach the filling unit. The KHS filling equipment uses counterpressure filling to operate.

Pasteurization and Dispatch: To achieve a longer shelf life, a tunnel pasteurization process is performed. The pasteurization zones range in temperature from 35 to 45 to 61 to 63 to 28 degrees Celsius. It is then ready to be dispatched.

How to Reach Barhasinghe Beer Garden?

The Barhasinghe Beer Garden is about Approx. 101 Km away from Kathmandu. It is located on the highway segment on the banks of the Trishuli river. Getting here is easy as you can get a wide range of ground transportation vehicles that are accessible to reach here. The rates of private transfer are provided below for your reference. It includes a one-night stay charge of the vehicle at Kurinar as well.

If you are planning to visit Kurintar to explore the Barhasinghe Beer Garden by Yak Brewing Company, then you can book a weekend trip. The facility there boasts 12 deluxe rooms and a swimming pool alongside other basic amenities. You can spend some quality time in the resort and enjoy the authentic beers in Barhasinghe Beer Garden.

NOTE: For reservation, you have to pay an advance amount of NPR 1000 Per Person and the remaining balance amount must be paid one day before. Advance booking amount won't be refunded if the cancellation is made before 24 hours.